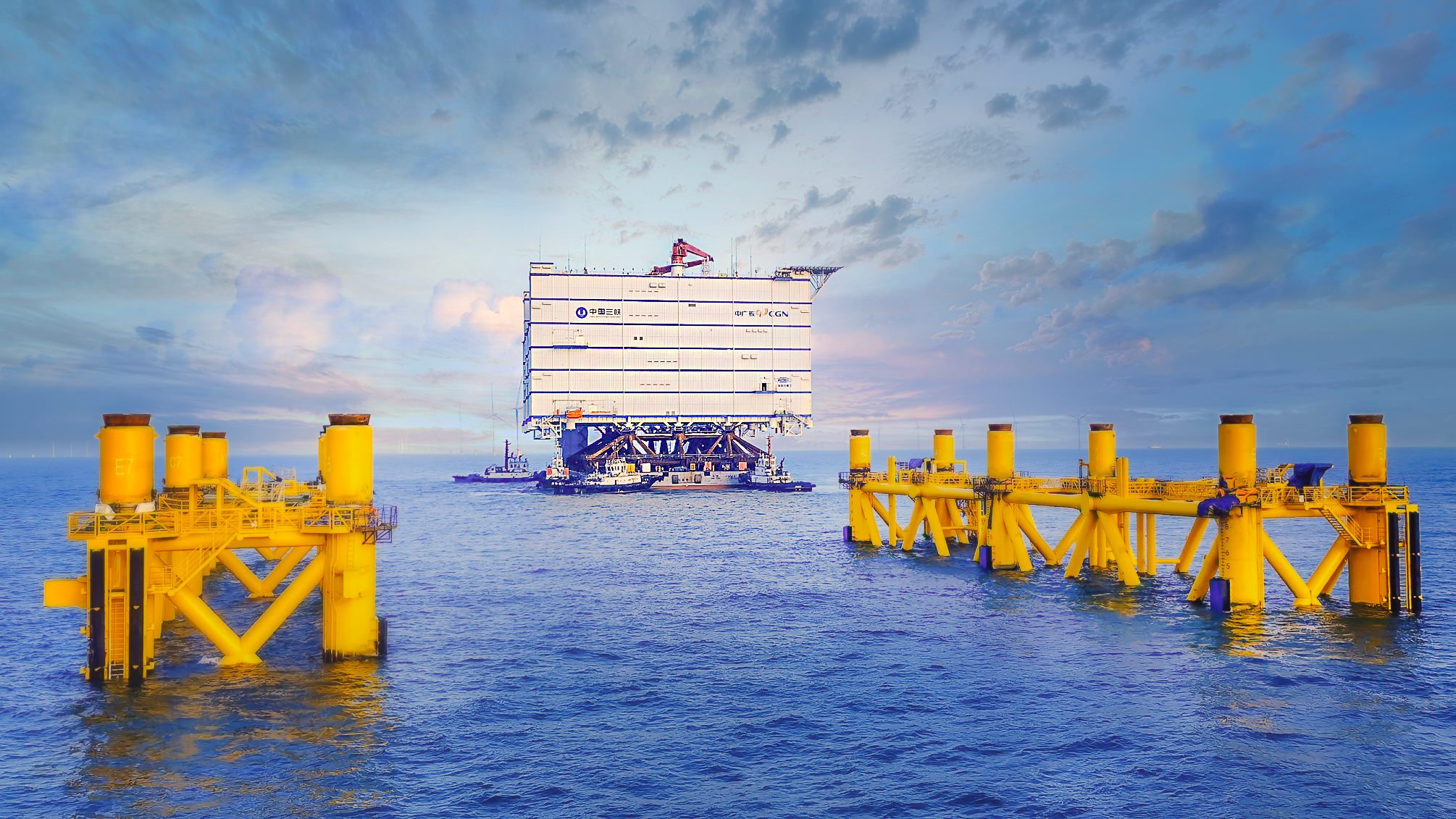 The installation of the world’s largest offshore converter station is being hailed by China Classification Society (CCS) as a milestone in the development of deep-water wind power.

The station will then convert the electricity into DC power and transmit it onshore, a distance of around 100km, the longest transmission length in China, via a submarine cable. When the project is fully operational it will be able to provide 1.36 million households with their annual electricity consumption, helping China to move closer to its ‘3060’ double carbon reduction target. Compared with coal-fired power plants, the JIANGSU RUDONG windfarms project, can save about 740,000 tons of standard coal and reduce about 1.83 million tons of carbon dioxide per year.

“The installation of RUDONG offshore converter station is a significant milestone in the development of deep-water offshore wind power development in China,” said Fan Qiang, Vice President of CCS. “We are proud of our team who used their industry-leading expertise to help support this complex construction project.”

The converter station itself weighs 22,000 tons and is as tall as a 15-story residential building. The impressive structure has an area that is nearly as large as a standard soccer pitch.