The Chilean ferry “Amadeo” is seen after it ran aground in the area of Paso Kirke, near Puerto Natales city, south of Santiago after running aground this morning.

According to local media, the ferry’s 17 passengers and 28 crew members were all evacuated and no oil spills or casualties were reported.

Initial reports indicate the ship may have struck the rocky bottom and then was purposely steered into shallower water in order to keep the vessel from sinking entirely.  The captain and the 13 of the ship’s officers allegedly remained on board during the evacuation.

The Department of Maritime Search and Rescue, MRCC Punta Arenas is coordinating the response. 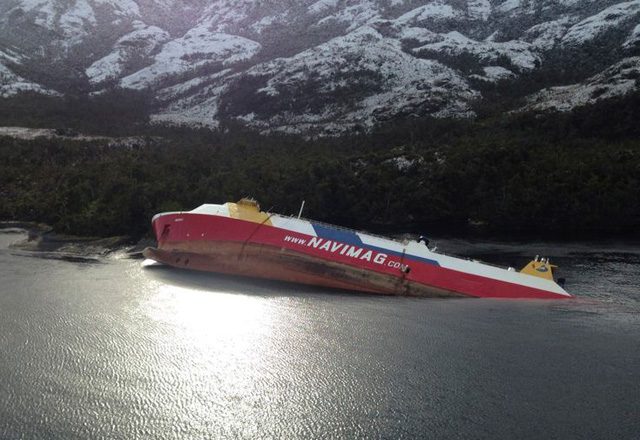 Join the 68,445 members that receive our newsletter.