by CDR Salamander (Op-Ed) The greatest tragedies from war, both directly and indirectly, are those that were clearly foreseen, knowable, or otherwise clear as day to anyone who wanted to see them.

They did not happen in the shadows, they were allowed to happen because people with access to levers of power did not want to expend personal, professional, or real capital to take steps to prevent something that would be too horrible to think of should they come to pass.

Little pain now to avoid great pain later is a more difficult concept to accept than it seems. The world in complicated.

It is a human failing to not want to expend effort NOW to prevent something that will force harder effort in the future. Now one can feel … the future you cannot – until it arrives.

I should perhaps hedge a bit on the above “clearly foreseen.” No one can perfectly see the future, and you have to be careful not to unnecessarily judge those who failed to take action earlier. There can be a lot of reasons. The most charitable one would be that they were just, “wrong.”

For some reason – perhaps hope, ignorance, or not fully appreciated multi-vector risk weighting – a decision was made not to act early because there wasn’t really a threat.

That does not take away responsibility and accountability, but it does perhaps mitigate the weight of future judgment.

An uncharitable judgement would be gross incompetence, laziness, or corruption.

A call that is subjective and sometimes forgivable is if a person, a nation, or an alliance simply decides, “Not my problem.”

At that time it becomes a moral, ethical, or perhaps even legal question from people’s hearts to The Hague – pick your destination.

The issue today has to do with a problem clear since February – war between Russia and Ukraine will disrupt global food supplies, especially in the poorest part of the world.

All The Smartest People in the Room™ told the usual suspects that it would be a short war. These were the same people who were trying to tell the President of Ukraine that he needed to retreat to Lviv or even leave the country because all their wargames and think tank types told them Russia would defeat Ukraine in less than a week, maybe even … their favorite self-delusional time block … 72-hours.

…but no, as is usual from Kabul to Benghazi, The Smartest People in the Room™ are not. They are simply not good at their jobs.

No short war … but what we do have is a slow rolling train wreck that has the potential to kill millions and bring civil chaos across the planet’s most fragile nations.

Time is running out to get Ukrainian agricultural products to the world market already suffering spiking prices and supply problems, but to do so risks greater risks as well. Nothing happens or doesn’t happen in this case, in isolation.

Due to Russian threats, mines, and a general lack of security in the Black Sea, there is an effective blockade of much of Africa and the Middle East’s breadbasket.

From John Konrad and Sal Mercogliano at gCaptain to many others – warnings for months have been out there trying to get everyone’s attention – with mixed results.

Then again, they have generally been given a pass for the horrors of Libya that they created, so maybe they can cover for each other again in this case.

They do not control everyone however.

There are some nations and leaders – sadly not the most powerful or influential – who are doing their best to set an example for others, or at least let the record show that they tried and by doing show, put others on report.

The former Soviet Republics of Estonia, Latvia, and Lithuania along with the former Warsaw Pact nations of Poland, Czechia, Slovakia, and Romania – all NATO members – have from the start led from the front more than any other in what I consider the most clear-headed moral stance towards Russian aggression.

In pointing out the second and third-order effects of the war they are also leading. Note the latest from Lithuania;

A hard fact here is that there is not much more a nation like Lithuania can do. She only has a population of 2.8 million souls. She only has a navy of 600 personnel on the other side of Europe with a fleet of mostly old mine sweepers and patrol ships. She can help in the margins, but … really … besides that all she has is her voice.
Let’s look at his call to action,

“…find a solution how to (unblock grain exports) without Russian agreement.”

What he is calling for is to break a blockade.

Before we take that step, let me just state the obvious … if we have a proper NATO and senior leadership all this was done months ago. I was once a NATO planner, we – once “officially” without permission – would begin planning possible operations with a few COAs ready to go on a regular basis for things we saw bubbling up.

COAs for getting Ukrainian grain out of the Black Sea is clearly something NATO’s Joint Forces Command Naples – led by a US Navy 4-star Admiral – should already have in the can – hopefully in the middle of Revision-1 before 87.6% of NATO goes on holiday in five weeks. If not, fire everyone.

I would also offer that the USA is the indispensable nation here. No one will move without us. The UN, EU, and even NATO usual processes are simply too slow. We can throw a NATO flag over it, but if it is to happen, it has to be a USA lead.

As we’ve covered here before, half of the Black Sea coast is NATO from Romania to Turkey, but we would be so lucky to make it that easy.

Hopefully if step 4 is taken care of, you can make 1, 2, and 3 go rather smoothly with just some minesweepers and helos. If 4 is unsuccessful, then 1-4 is varsity football.

Running an opposed blockade is risky at best, an invitation to war at worst – you need to be ready.

Also read: Black Sea Convoys…Odesa, We Have a Problem!

That is the call. As it is already June and the war shows no end in sight, it may be too late anyway to stop the chain of events to famine and chaos, but we’ll see.

At least Lithuania can stand tall and say, “I did what I could.”

The ball is now in the court of the United States, Turkey, Great Britain, France & Italy – in that order. Those are the nations who need to make this happen, do that Bulgaria and Romania will fall in line as will others.

The calendar is not on anyone’s side here … except for the Russians as they don’t care – and really for the Turks too. Sad secret here is that they will use the threat of famine and chaos across the globe to extract as much gain for them as possible. The worst the CNN-effect, the greater leverage they will have. Remember that.

CDR Salamander is a former US Navy officer, well-known naval blogger, and host of the popular maritime podcast Midrats. He is a frequent contributor to Substack and the US Naval Institute. His work is routinely referenced in Congress 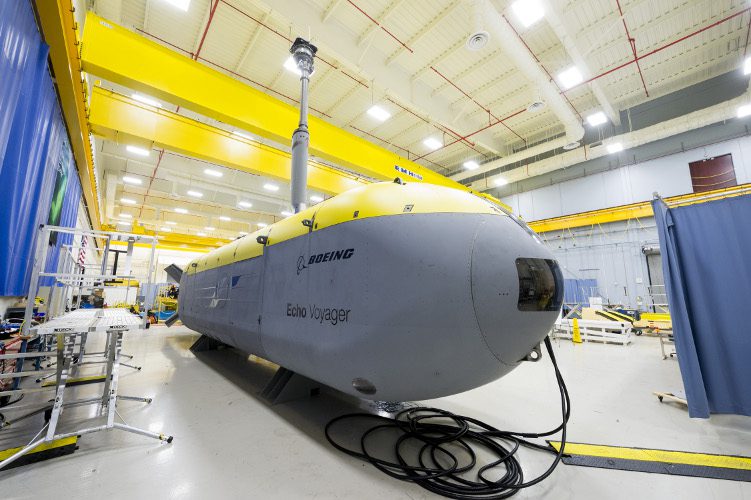