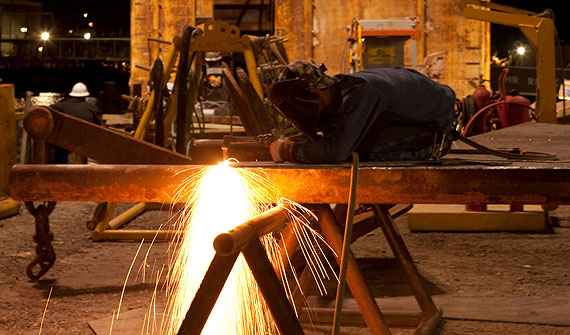 BP today announced that work has begun to drill a relief well to intercept and isolate the oil well that is spilling oil in the US Gulf of Mexico. The drilling began at 15:00CDT (21:00BST) on Sunday May 2.

The new well, in 5,000 feet of water, is planned to intercept the existing well around 13,000 feet below the seabed and permanently seal it. The new drill site is about half a mile on the seabed from the leaking well in Mississippi Canyon block 252, and drilling is estimated to take some three months.

“This is another key step in our work to permanently stop the loss of oil from the well,” said BP Group Chief Executive Tony Hayward. “At the same time we are continuing with our efforts to stop the leak and control the oil at the seabed, to tackle the oil offshore, and to protect the shoreline through a massive effort together with government agencies and local communities.”

BP has also carried out a second approved trial injection of dispersants directly into the oil flow at a point close to the main leak on the seabed. The technique is intended to efficiently mix the oil and dispersant, breaking up and dispersing accumulations of oil and allowing it to degrade naturally and reduce surface impact. The suggestion for this innovative technique came from the companies across the oil industry that BP approached last week for further ideas and expertise to help BP control the well and tackle the spill.Rapid progress is also being made in constructing a coffer dam, or containment canopy. A 14 x 24 x 40 foot steel canopy has already been fabricated and other-sized canopies are under construction and being sourced. Once lowered over the leak site and connected by pipe, the canopy is designed to channel the flow of oil from the subsea to the surface where it could be processed and stored safely on board a specialist vessel. Weather permitting, first installation of a canopy on site is expected to start in a little over a week, allowing the process of testing and commissioning to begin. Only once this is complete will the effectiveness of the system be demonstrated.

At the seabed, BP continues to use up to eight remotely operated vehicles (ROVs) to work on the blow-out preventer and subsea equipment.

Accurate estimation of the rate of flow is difficult, but current estimates by the US National Oceanic and Atmospheric Administration (NOAA) suggest some 5,000 barrels (210,000 US gallons) of oil per day are escaping from the well.

On the surface, weather hampered surface operations over the weekend but is forecast to improve in coming days. BP currently has 230,000 gallons of dispersant available to deploy once the sea state is calm enough and a further 208,000 gallons on order. Offshore booms and specialist oil spill response vessels, skimmers and barges will return to operation in calmer seas, treating and collecting as much oil as possible before it reaches the coast.

The onshore activity is focused on six locations in the potentially affected states: Venice and Port Sulphur, Louisiana; Pascagoula and Biloxi, Mississippi; Mobile, Alabama; and Pensacola, Florida. Staging posts are in place stocked with people and material to help protect the shoreline in each area. Work is continuing to install marine protection booms along the coast. Hundreds of thousands of feet of boom have been deployed and, to date, 2,000 volunteers have been trained to assist in the response effort.

Whilst difficult to accurately estimate, the cost to the MC252 owners of the efforts to contain the spill and secure the well is currently estimated to be more than $6 million per day. This figure is rising as activity increases. It is too early to quantify other potential costs and liabilities associated with the incident.
Source: BP
Image Source: © BP p.l.c.