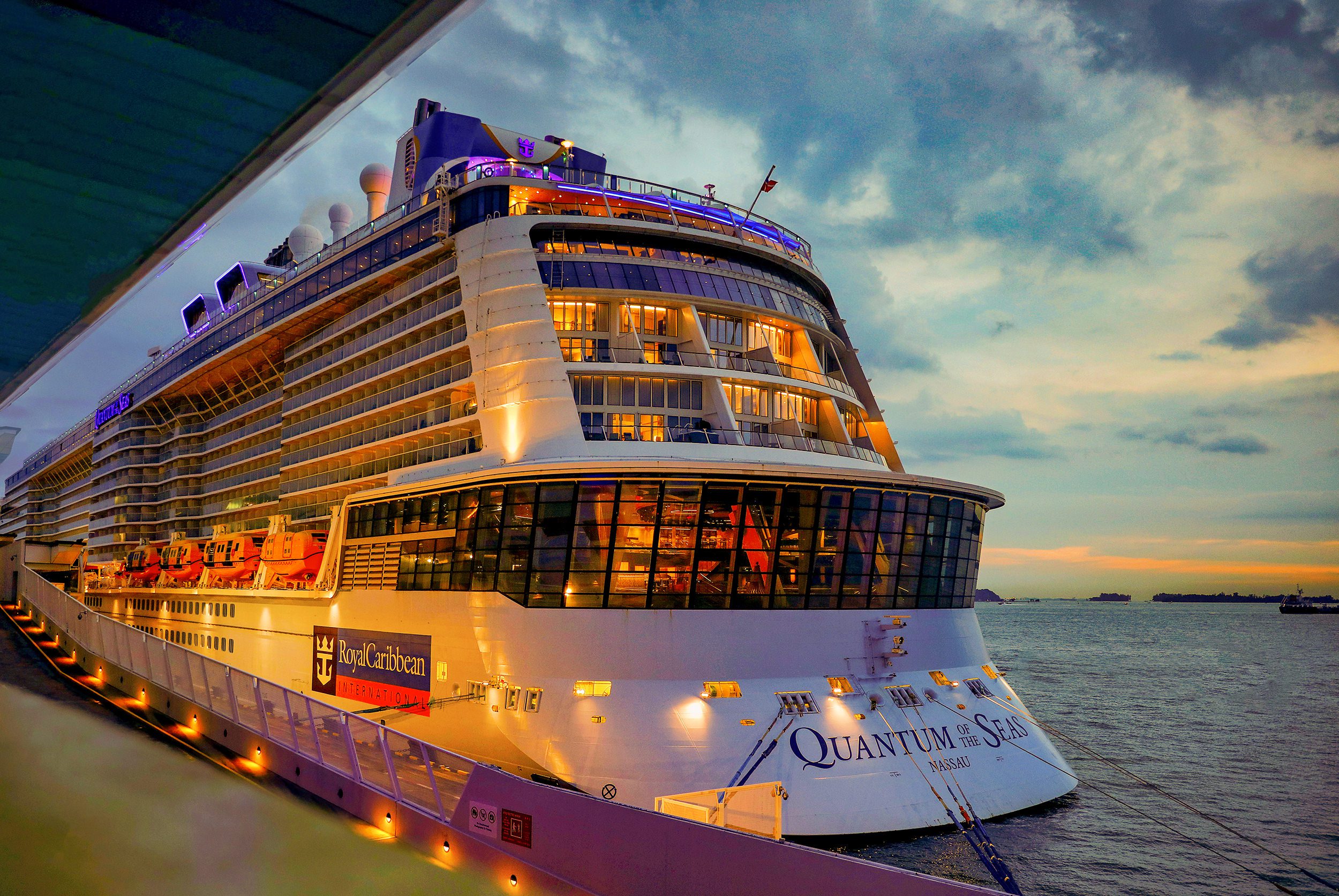 Singapore Is The World’s Busiest Cruise Port (For Now)

By Chen Lin (Reuters) – Singapore currently accounts for a third of the world’s cruises its tourism body said on Wednesday, owing to the roaring success of its “cruises to... Royal Caribbean International’s Quantum of the Seas arrived at its new homepage in Shanghai, China last week where it will sail three- to eight-night, roundtrip itineraries, year-round from Shanghai... PHOTOS: Quantum of the Seas Sails Into New York Harbor

Royal Caribbean International’s newest cruise ship Quantum of the Seas arrived into her homeport of Cape Liberty Cruise Port in Bayonne, NJ this week, ushering in what Royal Caribbean describes as a the future of cruising in the 21st century. Video: ‘Quantum of the Seas’ Captain On Maiden Transatlantic Crossing

Royal Caribbean touts the new 167,800-ton Quantum of the Seas as the smartest, most technologically advanced cruise ship ever built. But let's face it, any ship is only as good as its Captain and crew. Royal Caribbean’s Quantum of the Seas arrived Thursday in Hamburg, Germany sporting its new ‘north star’, a gondola-like attraction that will give passengers a bird’s eye view of the deck... Meyer Werft is cranking out the cruise ships right now. Over the years, the shipyard, located inland on the River Ems in Papenburg, Germany, has built a total of 37... The Quantum of the Seas arrived in Bremerhaven, Germany this morning where it will undergo final outfitting prior to her delivery to Royal Caribbean in November. Luckily for us, Nils... Earlier this week Royal Caribbean's newest and most technologically advanced ship Quantum of the Seas made the 26-mile journey down the River Ems from the Meyer Werft shipyard in Papenburg, Germany to The Netherlands, where final outfitting and testing will take place. Royal Caribbean's newest and most technologically advanced ship departed the Meyer Werft shipyard on Monday for the 26-mile journey down the River Ems to the North Sea where final outfitting and testing will take place. Royal Caribbean International has unveiled a wide range of new shipboard technology to be implemented onboard its recently-floated Quantum of the Seas cruise ship, with features ranging from 10 minute check-ins and high-speed internet at sea to robotic bartenders. ‘Quantum of the Seas’ Takes Shape at Meyer Werft

Shipbuilders at the Meyer Werft shipyard in Papenburg, Germany have placed the last of 74 blocks making up the structure of Royal Caribbean's 167,80 gt Quantum of the Seas Royal Caribbean’s ‘Quantum of The Seas’ is Shanghai Bound

Royal Caribbean International has announced that its newest and most technologically advanced ship, Quantum of the Seas, will make its home port in Shanghai (Baoshan), China, a testament to the...

Join the 73,519 members that receive our newsletter.