China’s veto of a three-way alliance between the world’s biggest shipping lines is good for the logistics industry as it preserves competition among container carriers, according to Klaus-Michael Kuehne, the German billionaire who owns the world’s largest sea-freight forwarder. In the view of transport consultant Drewry, the Chinese regulators’ veto of the P3 Network last week is likely to hamper the much-needed stabilisation of the overcapacity-plagued and unprofitable ocean carrier industry. China Scuttling P3 Pact Seen to Hurt Shippers, Including Its Own

China rejected a global shipping alliance to protect companies navigating a choppy market. The decision will probably hurt cargo firms’ earnings, including its own. 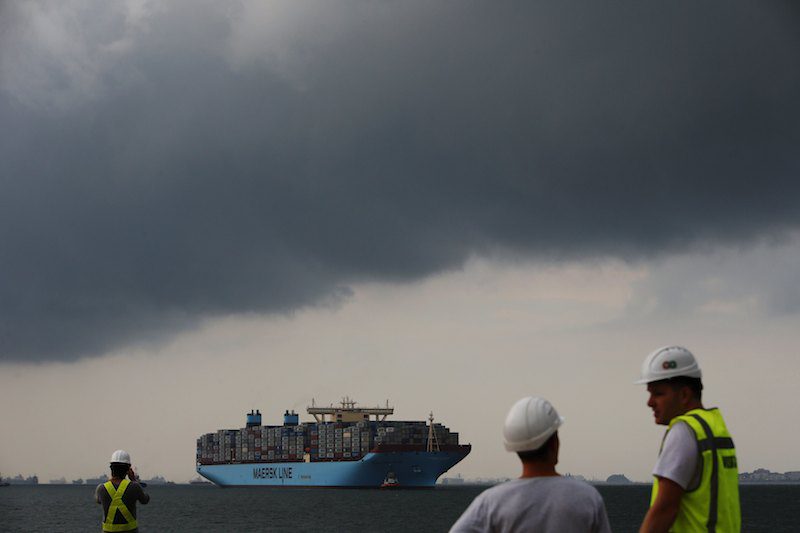 A.P. Moeller-Maersk A/S said it is working on alternative plans to cut costs and address overcapacity in the freighter market after Chinese regulators unexpectedly blocked formation of a global shipping alliance. China's scuppering of a planned alliance of the world's top three container shipping lines signals its protectionist stance on key industries and is a reminder to foreign firms to not take Beijing's nod for granted on deals. China blocked the formation of a global alliance by the world’s three biggest shipping lines in a surprise move that ignored Western approval of the plan and sent A.P. Moeller-Maersk A/S shares tumbling the most in two years.

Following today’s decision by the Chinese Ministry of Commerce (MOFCOM) to not approve the P3 Network, a proposed vessel sharing alliance between the world’s top three container shipping firms –... Maersk, MSC, Others in Talks to End EU Antitrust Probe By Mike Wackett The G6 Alliance’s plan to expand its scope on transpacific and transatlantic trade lanes is scheduled to be approved on January 16, unless the US Federal Maritime... By Gavin van Marle in Dubai Ports in the Gulf region need to prepare for much larger vessel sizes as a result of the cascading effect taking place as ever-larger...

The members of the G6â€“ a merger of the New World and Grand Alliances â€“ have announced plans to go head-to-head with the P3 network by expanding their operation to service all the east-west container tradelanes. . By Gavin van Marle, Apparently wary of igniting the wrath of skeptical shippers or prodding the regulatory bodies, the prospective partners in the P3 alliance seem determined to downplay the...