The 11-strong crew of the MT Maro have finally been released after being held for two years in Nigeria. Revd Boet van Schalkwyk, a chaplain for international maritime charity, Sailors’... ABUJA, March 16 (Reuters) – Nigeria and Equatorial Guinea signed an agreement to establish combined patrols to bolster security in the Gulf of Guinea, which has been plagued by piracy... 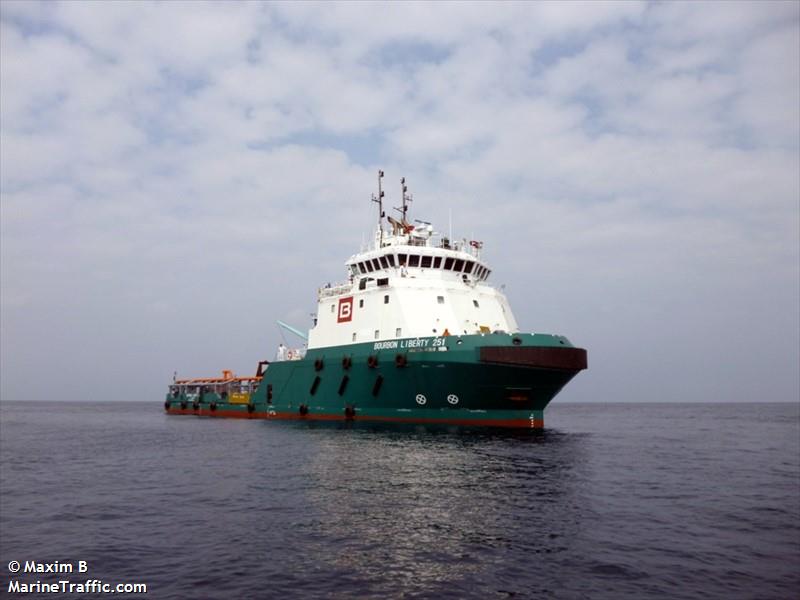 Offshore vessel owner Bourbon Offshore has confirmed the abduction of two of its crew members from their vessel off Nigeria. The company says its vessel Bourbon Liberty 251 come under attack Tuesday... By Tony Tamuno and Paul Wallace (Bloomberg) — Nigeria’s navy foiled an attempt by pirates to hijack a container ship operated by A.P. Moeller-Maersk A/S with 25 sailors on board.... Bristow Helicopters has confirmed that eleven people have been rescued after one of its helicopters was involved in a controlled water landing near Lagos at about 10.25 a.m. local time... Five crew members kidnapped from a Polish-owned cargo last month off the coast of Nigeria are heading home, according to Polish Prime Minister Beata Szydlo. The captain and four crew... Four crew members who were kidnapped from an cargo ship off the Niger Delta in October have been freed in Nigeria, according to reports. The four men, two from Lithuania... Up to nine personnel from a self-propelled barge may have been killed after their vessel collided with a Marshall Islands-flagged tanker in Nigerian waters earlier this month. An anonymous source tells... By Libby George LONDON (Reuters) – Nigeria’s latest effort to combat theft could imperil its oil income lifeline, compounding the damage the crude price fall has done to its...

LONDON, Sept 10 (Reuters) – Nigeria has lifted a ban on 113 vessels into its territorial waters, a letter from the NNPC seen by Reuters on Thursday showed. The... By Jonathan Saul LONDON, July 23 (Reuters) – A ban on 113 oil tankers by Nigerian state oil company NNPC must be lifted immediately as no grounds have been... Glencore Plc is being sued by a former representative in Nigeria who says the commodities trader promised him $5 million to help free 15 Russian sailors detained on suspicion of smuggling guns. Nigeria Liquefied Natural Gas Company (NLNG) is sponsoring the construction of the first major ship yard in Africa's biggest economy at the cost of $1.5 billion, in its attempt to turn the country into a hub for maritime operations on the continent. French offshore services provider Bourbon Offshore confirmed Monday that three crewmembers have been kidnapped one of its crewboats off the coast of Nigeria. In a statement, Bourbon said that three were...

Nigeria's National Assembly said on Wednesday oil major Shell should pay $3.96 billion for a 2011 spill at its offshore Bonga oilfield in the latest assessment of damage to the environment. Join the 73,512 members that receive our newsletter.