We recently decided to get to work on some maritime visualizations. Above is a bubble graph I created representing the number of ships “Of all the systems on board a vessel, a human being is the most complex, and perhaps the most difficult one to integrate into a system of safer Playing Pirate Does Not a Sailor Make

When I first read of the rescue of the tall ship Liana’s Ransom, I contacted friends in the tall ship community to express my sadness at the loss of Into the Storm – The Final Days and Decisions on Bounty

Drivers always slow down and rubberneck at car accidents, don’t they?  Like me, you may have caught yourself complaining about the practice and 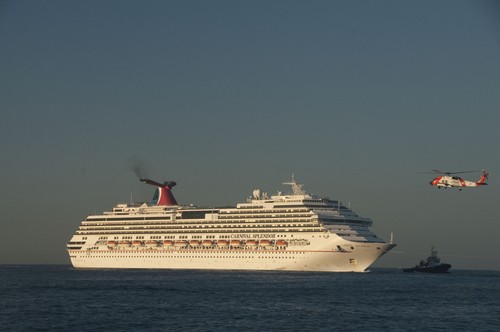 Contractors to the Rescue

The U.S. Bristow Group announced today that the United Kingdom has awarded its British affiliate a new contract to provide civilian Search and Rescue services Standing on the bridge wing of a container ship years ago, a captain was telling me all about the Williamson Turn and how effective it was at putting his

Sitting in the chief’s office of Coast Guard Station Fairport Harbor in Mentor, Ohio, I’m reading the legal release that I have to sign if I want

gCaptain has received emails today from mariners and oil workers stuck in the Middle East seeking help in evacuating the country. While there is little

The U.S. Maritime Coalition has announced that this year’s Congressional “Sail-In” will take place on Capitol Hill on May 4, 2011. The

Captain John Konrad is back with former podcasting partner, Peter A. Mello, to talk about the Sinking of the Deepwater Horizon and the following BP oil spill.

The reaction to an article posted here on gCaptain and again here on my site has been just this side of overwhelming.  I’d like to thank everyone who

gCaptain mariners have been critical of Captain Paul Watson and his crew of non-professional mariners, stars of the reality TV show Whale Wars. Most of the

The following has been submitted by Paul Drouin of Safeship.ca and is a shortened version of the article that was published in the October 2009 edition of

It’s the classic scenario from the Academy… You are the stand on vessel with no room to maneuver and a zero CPA contact is bearing down on you. You

By the WSJ gCaptain called the Maersk Alabama at 1800 UTC and talked with the mate on watch. He answered “We are still in an emergency situation and can

Foreign Flag or Flag of Convenience?

Foreign Flag or Flag of Convenience? by Ian Bowles During the glory days of empire and famous shipping lines, it would have been easy for nationalistic

We recently ran across some interesting statistics from a 2005 joint study on manpower from BIMCO and the ISF. Q: How many officers are currently employed

Join the 88,313 members that receive our newsletter.