Maersk Drilling on Friday named one of the world’s largest jack-up rig, Maersk Invincible, at the DSME shipyard in Okpo, South Korea. The rig is the last of Maersk Drilling’s... DSME to Cut 24% of Workforce Amid Mounting Losses

By Kyunghee Park (Bloomberg) — Daewoo Shipbuilding & Marine Engineering Co., the world’s second-largest shipbuilder, plans to eliminate 3,000 jobs, or 24 percent of its workforce, this year as part... Korean Exchange Tells World’s No. 2 Shipbuilder to Improve Financials Or Else

By Kyunghee Park (Bloomberg) — Daewoo Shipbuilding & Marine Engineering Co., the world’s second-largest shipbuilder, was told to improve its financials within a year before its shares can resume trading,... 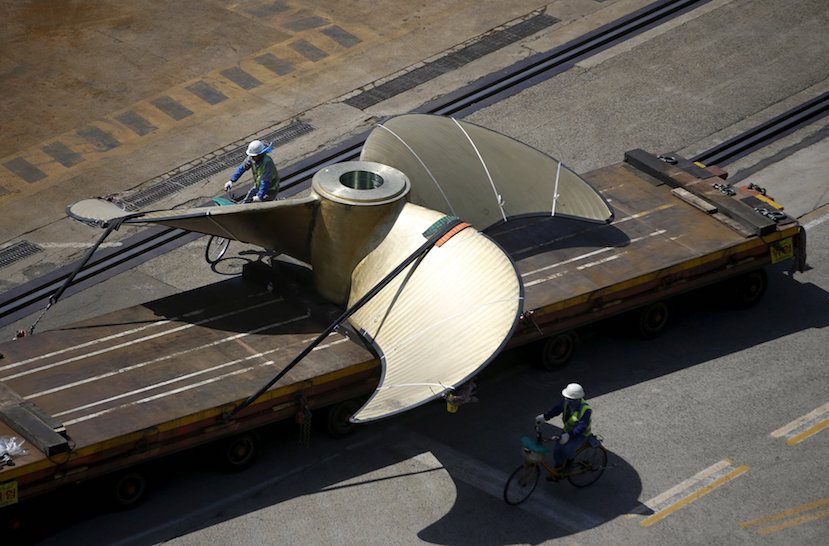 By Kyunghee Park (Bloomberg) — The world’s three biggest shipyards, battered by the deepest industry slump in at least two decades, are getting a helping hand — from the state.... By Christine Kim SEOUL, May 12 (Reuters) – They are South Korea’s “too-big-to-fail” firms – the world’s largest shipbuilders that are both a massive economic force and an important national...

By Heejin Kim and Kyunghee Park (Bloomberg) — South Korea said it will take more active steps to help the nation’s shipping and shipbuilding industries reduce debt and weather a...

South Korea’s Daewoo Shipbuilding & Marine Engineering will cut 12,000 jobs from its workforce by 2019 as it tries to revive its business following a crash in oil prices and... The world’s leading designer of membrane containment systems has linked up one of the world’s biggest shipbuilders to advance the commercial availability of a new, more efficient type of LNG... Seadrill Ltd. has emerged as the client who agreed to postpone delivery of two ultra-deepwater drillships under construction at the South Korean shipyard Daewoo Shipbuilding and Marine Engineering (DSME).  The offshore drilling contractor confirmed via a... By Kyunghee Park and Jonathan Burgos (Bloomberg) — For many Asian shipyards, 2015 was a brutal year. This year could be even worse. With oil prices forecast to fall as... Houston-based Atwood Oceanics says it has reached an agreement with Daewoo Shipbuilding & Marine Engineering to delay delivery of two ultra-deepwater drillships Atwood has on order with the South Korean shipbuilder....

The Korean Government has ordered Daewoo Shipbuilding and Marine Engineering to halt work on five LPG carriers under construction at DSME’s Okpo shipyard after a fire killed one worker and injured...

Another Fire at DSME Kills One, Injures Seven

A fire onboard a ship under construction at Daewoo Shipbuilding & Marine Engineering’s Okpo shipyard killed one and injured seven others on Tuesday, according to South Korea’s Yonhap News. The...