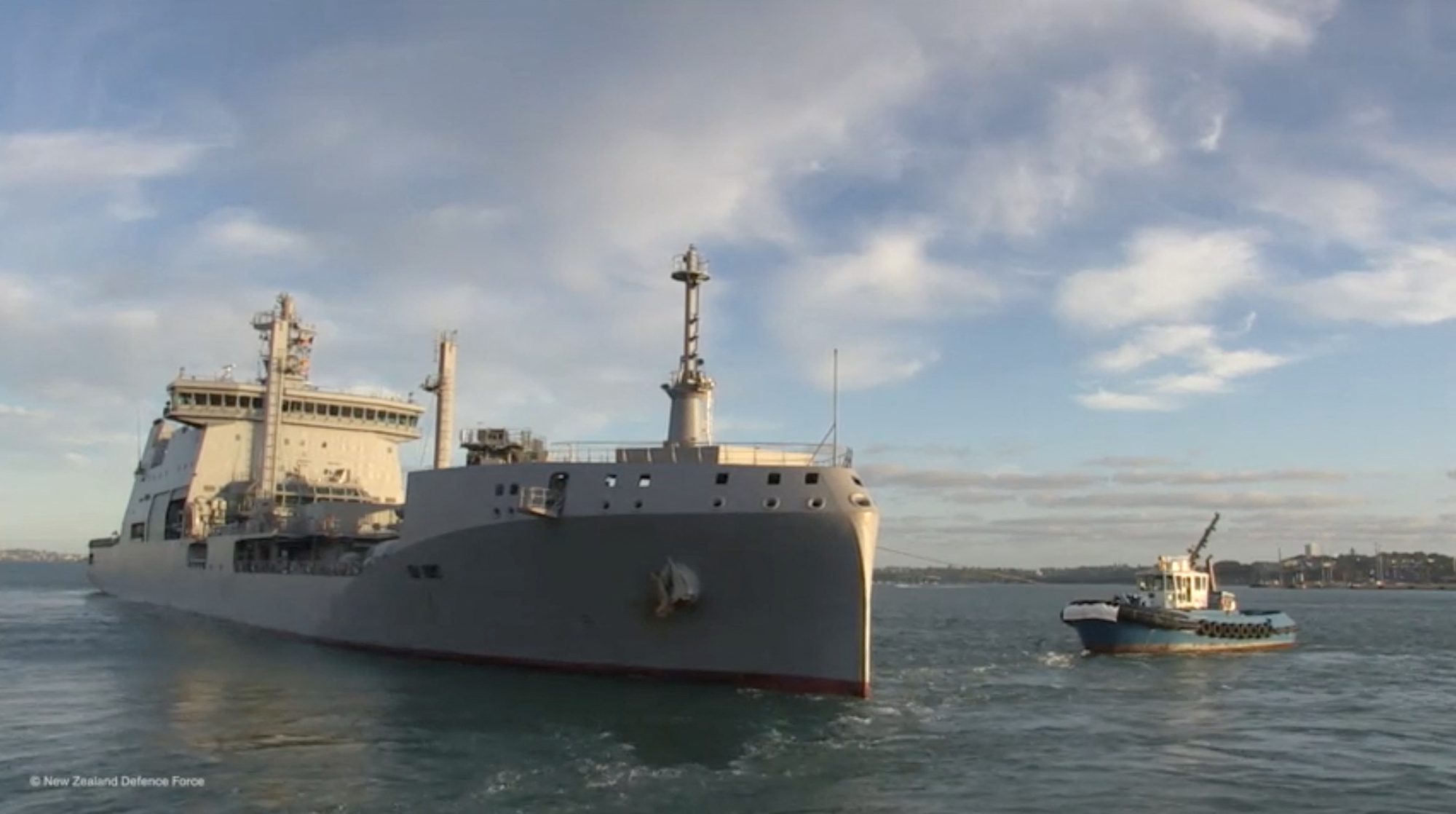 HMNZS Aotearoa departs to provide disaster relief and assistance to Tonga after a volcanic eruption and tsunami, from Auckland, New Zealand, January 18, 2022, in this still image taken from video. New Zealand Defence Force/Handout via REUTERS

WELLINGTON/SYDNEY, Jan 21 (Reuters) – Life-saving water supplies from a New Zealand navy ship were distributed across Tonga’s main island on Friday, as other countries battled the logistics of delivering aid to one of the world’s remotest communities.

Six days after the South Pacific archipelago was devastated by a volcanic eruption and tsunami that deposited a blanket of ash and polluted its water sources, the HMNZS Aotearoa docked in the capital, Nuku’alofa.

“Trucks … have begun collecting and delivering water supplies from Aotearoa,” the Commission said on its Facebook page.

The first flights from Australia and New Zealand landed on Thursday with some water as well as shelter, communication equipment and generators.

On Thursday, an Australian flight was forced to return to base because of a positive COVID-19 case onboard, while on Friday technical problems delayed one of two Japanese C-130 transporters carrying 5,000 liters of drinking water, Japan’s Self-Defence Forces said.

Underlining the complexity of mounting a contactless international aid operation to one of the few countries free of COVID-19, the Australian plane was turned around mid-flight after PCR tests showed a positive result, an Australian defense spokeswoman told Reuters.

All crew had earlier returned negative rapid antigen tests, she said. The supplies were moved to another flight that took off on Friday.

The Hunga Tonga-Hunga Ha’apai volcano https://tmsnrt.rs/3qCTwKY eruption last Saturday triggered a tsunami that destroyed villages and resorts and knocked out communications for the nation of about 105,000 people. Three people have been reported killed, authorities said.

The salt water from the tsunami spoiled most sources of water and Tongans have been struggling to find clean water as they clear away the ash.

“We are cleaning the ash and have been since Monday,” said Branko Sugar, 61, who runs a bottle shop and fishing charter business from Nuku’alofa.

“Everything is so dusty, and we are running out of water,” he said over a patchy telephone line. “We only have the tap water, and it’s been contaminated. We… can hardly breathe for all the dust.”

NASA’s Goddard Space Flight Center has said the force of the eruption was estimated to be equivalent to 5-10 megatons of TNT, or more than 500 times that of the nuclear bomb the United States dropped on the Japanese city of Hiroshima at the end of World War Two.

Astronaut Kayla Barron said she could see the volcanic ash in the atmosphere from the International Space Station.

“I opened the window shutter to see if we could see any effects of the eruption, and saw this dramatic, high-altitude plume blocking out the sun,” Barron said on Facebook.

“We remain seriously concerned about access to safe water for 50,000 people … Water quality testing continues, and most people are relying on bottled water,” he said, speaking before the Aotearoa arrived.

Dujarric said there were reports of fuel shortages, while some 60,000 Tongans have been affected by damage to crops, livestock and fisheries due to ashfall, saltwater intrusion and the potential for acid rain.

Many have turned to social media to post images of the destruction by the tsunami and give accounts of their shock after the massive explosion, while tales of incredible escapes from the disaster have also emerged.

Sea-borne assistance was also en route for the archipelago.

Australia’s HMAS Adelaide was due in Tonga next week after leaving Brisbane.

Reliance, a repair ship due to reconnect the undersea cable that links Tonga to international telecoms networks, left its Port Moresby mooring and was expected in Tonga on Jan. 30, according to Refinitiv data on shipping movements.

The Reliance’s operator, SubCom, did not immediately reply to a Reuters request for confirmation.

Telephone links between Tonga and the outside world were reconnected late on Wednesday, although restoring full internet service is expected to take a month or more.

Tesla Chief Executive Officer Elon Musk asked in a post on Twitter if Tongans would like help from his Starlink project, which provides internet connection through satellites. 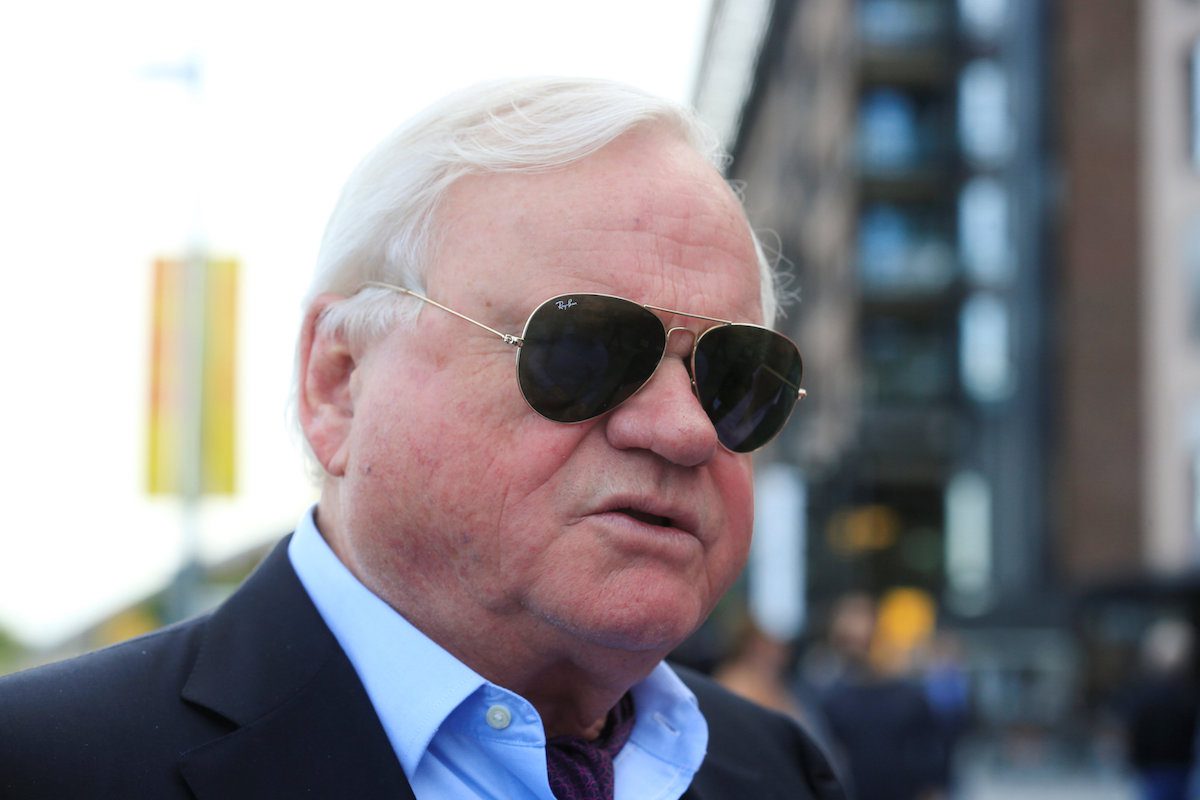 This website uses cookies to improve your experience while you navigate through the website. Out of these, the cookies that are categorized as necessary are stored on your browser as they are essential for the working of basic functionalities of the website. We also use third-party cookies that help us analyze and understand how you use this website. These cookies will be stored in your browser only with your consent. You also have the option to opt-out of these cookies. But opting out of some of these cookies may affect your browsing experience.
Necessary Always Enabled
Necessary cookies are absolutely essential for the website to function properly. This category only includes cookies that ensures basic functionalities and security features of the website. These cookies do not store any personal information.
Non-necessary
Any cookies that may not be particularly necessary for the website to function and is used specifically to collect user personal data via analytics, ads, other embedded contents are termed as non-necessary cookies. It is mandatory to procure user consent prior to running these cookies on your website.
SAVE & ACCEPT
{"Tags":["new zealand","tonga volcano"],"Categories":["Shipping"],"Excerpt":"By Praveen Menon, Kirsty Needham and Tom Westbrook WELLINGTON\/SYDNEY, Jan 21 (Reuters) – Life-saving water supplies from a New Zealand navy ship were distributed across Tonga’s main island on Friday, as other..."}