It’s no secret that salt has played an outsized role throughout human history. Now, new research conducted by NOAA, with the help from Saildrone’s unmanned surface vehicles, says the element could potentially lead to improved forecasts of the most dangerous hurricanes.

While NOAA has made steady progress in forecasting the track of a hurricane, progress has been slow in improving prediction of what’s called rapid intensification of hurricanes, defined as when the maximum wind speeds that drive a hurricane rapidly increase by 35 miles per hour or more in 24 hours or less.

A prime example was Hurricane Michael in 2018, a Category 5 hurricane that came ashore on the Florida Panhandle with ferocious 160 mph winds, leading to 16 deaths and $25 billion in damages.

What’s Salt Got To Do With It?

While it is well known that one of the key ingredients for hurricanes to rapidly intensify is warm sea surface waters, it turns out that these waters are sometimes prevented from cooling due to a lack of saltiness.

What’s happening is that freshwater from major rivers that flow into the ocean where hurricanes form and grow can create a layer on the surface of much warmer, fresher water, NOAA explains in new blog post. This layer can inhibit the saltier cooler ocean water from greater depths from rising and mixing and cooling the ocean. Without this cooling, hurricanes slurp up more heat energy from the ocean and are more likely to strengthen rapidly, contributing to increasing winds, NOAA says.

The new research comes as scientists are predicting that climate change will make rapid intensification of hurricanes more frequent, especially in the Gulf of Mexico and along the east coast of Florida. Research shows that hurricanes that see winds rapidly intensify by 70 mph in 24 hours happen once every 100 years but are projected to occur once every 5-10 years by 2100 if warming continues, said Greg Foltz, oceanographer and hurricane researcher at NOAA’s Atlantic Oceanographic and Meteorological Laboratory in Miami.

“The bottom line is that when salinity is lower in the ocean, rapid intensification is more likely,” Foltz added.

Scientists have observed this occurring in the western Caribbean and Atlantic near where large amounts of freshwater flow from the major rivers of the Amazon, Orinoco and Mississippi.

New data gathered from within hurricanes by Saildrone’s uncrewed surface vehicles (USV) contributed to the findings. During this past hurricane season, NOAA teamed up with Saildrone to dramatically expand ocean observations of ocean salinity and temperature, with the goal of improving hurricane forecast models of the future.

Saildrone’s specially-designed autonomous surface vehicles were equipped with sensors to track the exchange of energy between the ocean and atmosphere at the ocean surface. A total of five of the Saildrones were carefully directed into the paths of major hurricanes over three months, successfully withstanding hurricane winds and waves while transmitting near-real-time data to shore.

One Saildrone, SD 1045, made a historic mission into the eyewall of Category 4 Hurricane Sam in the Atlantic Ocean, spending 24 hours inside hurricane winds of more than 90 mph awhile being buffeted by waves higher than 50 feet. Ultimately, the Saildrone survived and continued to transmit data for the rest of the hurricane season as planned.

“When we combine the Saildrone with additional assets like underwater gliders, we get a more complete picture of what’s going on in the ocean,” said Chris Meinig, director of engineering at NOAA’s Pacific Marine Environmental Laboratory in Seattle. NOAA and Saildrone coordinated with a fleet of diving ocean gliders as well as NOAA Hurricane Hunter aircraft to collect data from nearly the same positions, at different levels of ocean and atmosphere.

The long-term goal is to have coordinated systems that can collect data within the ocean, at the surface, in the air near the ocean surface using drones, higher in the atmosphere with manned aircraft and from space using satellites to gain a more complete understanding of the development of hurricanes. NOAA says this detailed data will enable forecasters to improve forecast models and hurricane forecasts in order to provide greater warning times to help save lives, reduce property damage and strengthen the economy.

Join the 75,737 members that receive our newsletter. By CW4 Michael W. Carr, US Army Watercraft Master (Retired) All too frequently we read on gCaptain about vessels losing containers when impacted by high seas. Of the six motions... 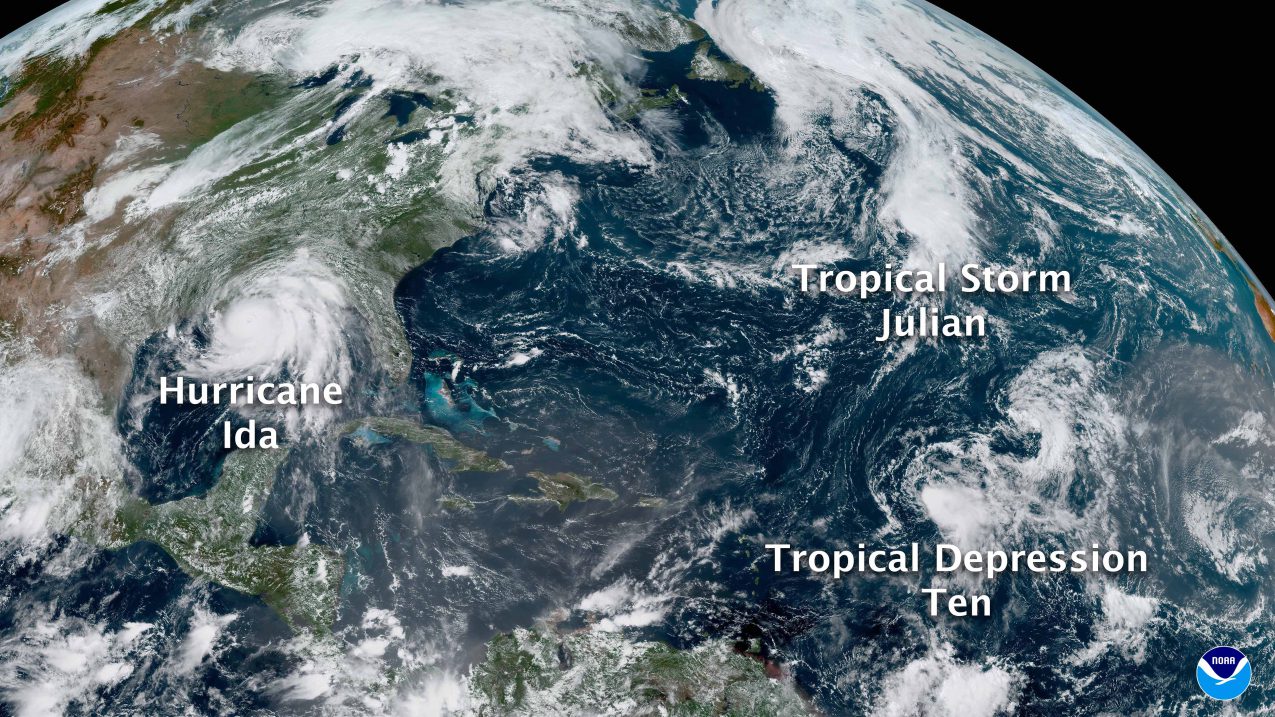 The 2021 Atlantic hurricane season officially ended this week having produced 21 named storms, including seven hurricanes of which four were major hurricanes with winds of 111 mph or greater....