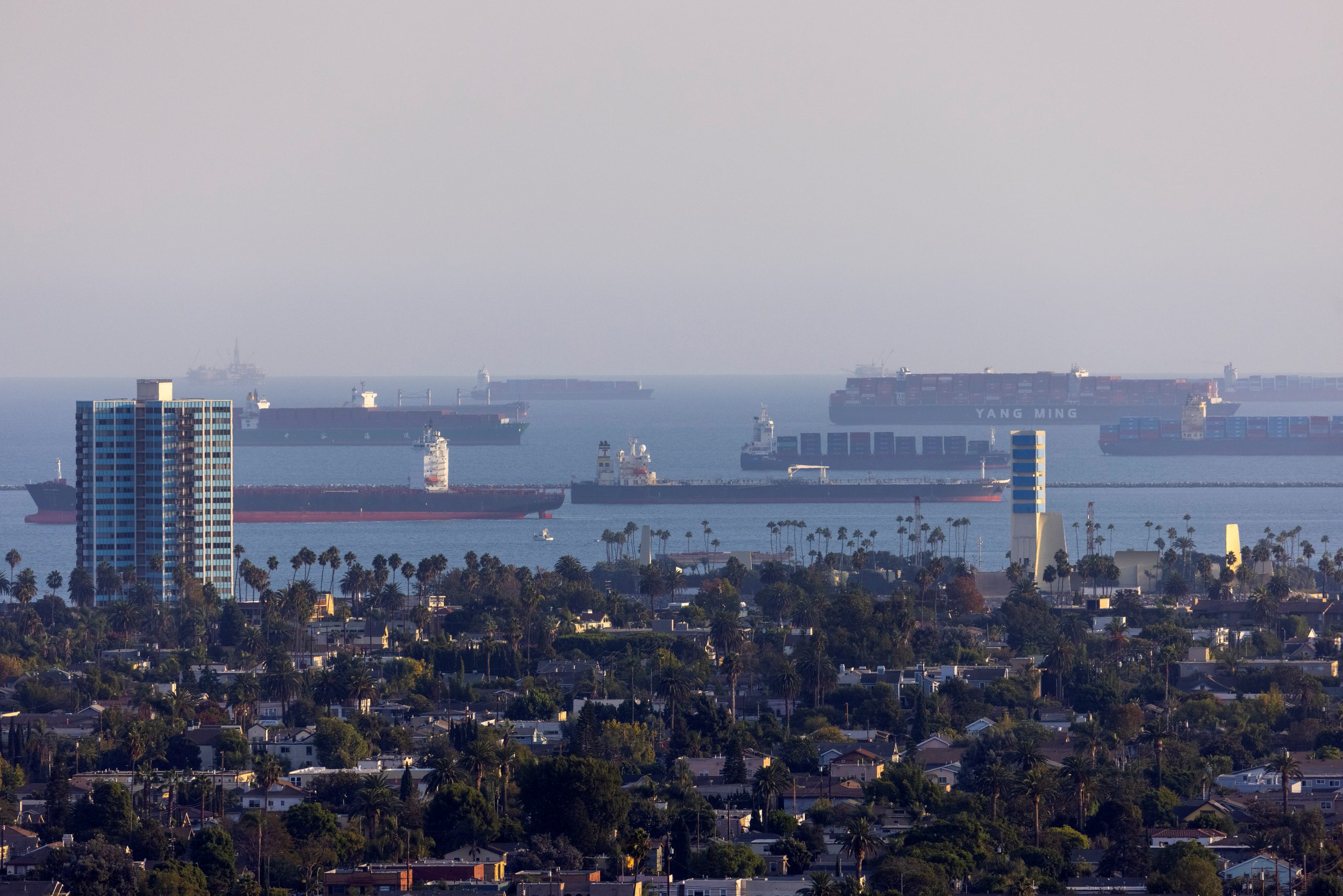 Dozens of container ships wait off the coast of the congested ports of Los Angeles and Long Beach, in Long Beach, California, U.S., September 29, 2021. REUTERS/Mike Blake

In the this video, Dr. Sal Mercogliano expertly breaks down how a commercial ship could have dragged a 4,000 foot stretch of oil pipeline that officials have identified as the source of Orange County, California’s massive offshore oil spill.

Dr. Mercogliano is the head of the History, Criminal Justice, and Political Science department at Campbell University in North Carolina where he teaches courses in Maritime History, Security, and Industry Policy. He’s also a former Merchant Mariner, runs the growing Youtube page What’s Going on With Shipping?, and is a frequent contributor to this site.

The oil spill off Southern California has become the state’s worst oil spill in almost 30 years and put the spotlight on California’s aging offshore oil and gas infrastructure, not to mention the on-going supply chain situation off the ports of Los Angeles and Long Beach, two of the busiest ports in the United States and neigbors at the San Pedro Bay Port Complex. As we reported yesterday, officials in charge of the response have identified a 4,000 foot stretch of underwater oil pipeline that was found to be displaced (i.e. moved) by 105 feet and with a 13-inch gash that is all but officially confirmed to be be the source of the spill.

In his latest “What Going on With Shipping?” video, he explores the question “Did an anchor from a container ship cause the California oil spill?” and goes into detail about how it could have happened, who is in charge and who may be responsible, as well as past incidents involving ship’s anchors. It’s a long video but well worth your 40 minutes especially if you’re interested in understanding more about what’s going on with all those ships sitting of the coast Southern California.

It should be noted that officials are yet to say what exactly caused the pipeline to be moved over 100 feet, but as Dr. Mercogliano points out: “this wasn’t a marlin.” Anyways, here’s the video:

If you need to skip: