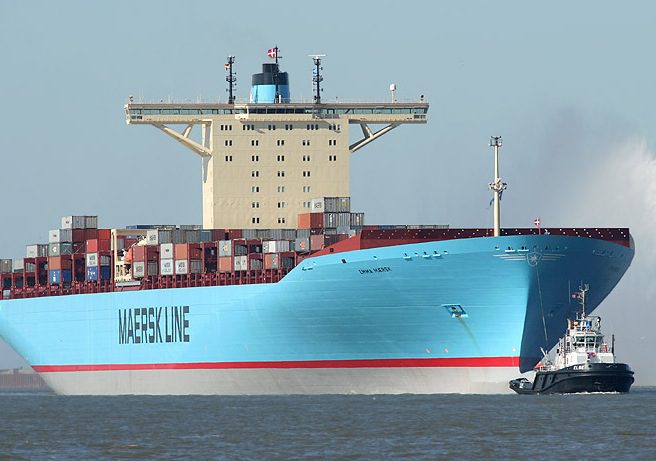 SHANGHAI, Dec 17 (Reuters) – Container shipping firm Maersk Line said a fresh attempt made on Monday to raise freight rates on main routes from ports in Asia to those in northern Europe was already under pressure due to weak demand from shippers.

Maersk Line, a unit of Danish conglomerate A.P. Moller-Maersk, controls one-fifth of all transported containers from Asia to Europe. Like other shipping lines it has been trying to curb losses on the world’s busiest route where an overabundance of ships is weighing on rates.

However, this level was quickly dragged down by low demand, partly due to seasonally weaker demand in end-November towards the Christmas holidays, the company’s head of east and central China told Reuters on Wednesday.

“We had an increase again on Monday, on Dec. 15, pushing the spot rates up to $2,600 (on forty foot equivalent units) but we’ve already seen that come under pressure in the current week,” David Williams said.

“So the rate market remains extremely volatile and that’s one of the challenges that we have as an industry…At the end of the day the success or failure depends on supply and demand in the market,” he added.

Rates for twenty foot equivalent unit containers on the route jumped almost 90 percent to $1,353 in the week to Dec. 12, ending five consecutive weeks of falls, according to the Shanghai Containerized Freight Index.

Williams also said that its 2M shipping alliance with Mediterranean Shipping Co (MSC) was on track to start operations next month, with the first sailing to take place at the start of January. The first sailing out of East China is currently scheduled for Jan. 15, from Ningbo Port.

China rejected an earlier alliance attempt by Maersk, MSC and French operator CMA CGM saying that they would have too much market share on the route. The firms say such alliances are needed to reduce costs. (Reporting by Brenda Goh; Additional reporting by Ole Mikkelsen; Editing by Sunil Nair)