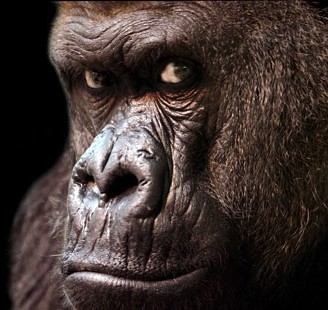 JM: The 800-pound gorilla in the room is China in these markets.  Has China played a significant role in the multi-purpose heavy lift sector up to now?  If not, do you see that changing?

AG: My own view is that the Asian countries support industry via shipping, and shipping isn’t necessarily structured in that area on the same economic principles as it is elsewhere.  I think that classically this is true of Japan and particularly Korea, which I think behaves in a very similar way to China in how it arranges some of it’s transportation.  More Korean companies are now taking more aggressive positions on moving cargos, which in many cases they are supplying.  They are quite often the EPC, the financial lender, and they often provide the labor as well.

The transportation piece is something they want to get involved in.

I think ultimately the Chinese are essentially in the same position, and yes they will continue to expand there.  They’ve started really in the lower-valued commoditized end of the multi-purpose sector, and I think that they will certainly continue to be an influence as they get pressure.  There are a lot of shipyards that have been built there over the past 15 years, some of them are closed, and will continue to close, because I think they over-did that, but nonetheless, employment is key for China.   They will continue to crank out ships and find ways to get them into the market.  Whether they do so directly, or indirectly, I think the net result is no different in my view from the KG system except that I think in the first instance, the pricing may be even more aggressive.  My view is that project cargos priced in Asia by the various carriers who are Asian-based are totally out of proportion to the cost of delivering those cargos, though my view is, I don’t forsee that changing.  I think that there is a lack of experience and understanding of the marketplace, and there are directives that trickle into the industry and essentially a faction of the industry starts to move certain kinds of cargoes, whether they have the experience or not, and yes, that will have an impact on the worldwide trade.

If you look across the entire multi-purpose sector, multi-purpose “tween-deckers” are usually the last ships to be scrapped because someone always thinks they can have a use for them somewhere.  In that sense, whether they trade in our trade lanes, or in some of the other more established trade lanes, it’s not so much the issue.   It’s the fact that they are still around and picking up a lot of the supply of cargo in other parts of the world where the only driving consideration is price, not related to risk, which includes the risk of environmental disasters.

JM: Another issue that has had a direct impact to mariners and shipowners around the world is piracy.  Have you had any direct affects of piracy on any of your vessels, and if so, how has that affected your operations?  Also, what are your thoughts on trading in some of the high risk areas affected by piracy?

AG: First of all, it’s not only mariners who are affected by piracy, everybody is affected by pirates.  This is not a localized issue anymore, frankly it’s a worldwide phenomena because international trade touches the coasts your talking about.  Piracy has proliferated on all coasts surrounding Africa and into the Indian Ocean now.

It’s become an accepted part of the business.

There are continuously more than 500 mariners in captivity held for ransom.  Piracy is a multi-billion dollar phenomena.  The violence has escalated, and will continue to escalate and get uglier.  Piracy in fact is increasing and is a fact of life.  Since our core trade lanes are in the Americas and we’re only out there on an occasional project basis, there are quite often mutual decisions between cargo and carrier as to what route to take and what cautions to take.  On the US-flagged vessels, without question, we put on armed guards on every one of them.  Safety to crew is a top priority in this case, the same is true of the foreign-flagged vessels as long as the owners are in agreement.

It’s a very troublesome part of our business.  I would say today it’s very difficult to avoid the pirates, and there are all sorts of initiatives regarding how to protect your vessel, lining up in a convoy and so on, nonetheless, there are a lot of ships trading in areas where pirates are, and it’s an organized “business.”  Pirates are not a couple of guys around a camp fire who decide to go out in a boat and jump on board a vessel.

Many people have come to discuss this issue not so much as piracy anymore.  They used to come on board and take the liquor and the money off the crew, or whatever else it was they wanted, and then take off.  Now when you have these kidnappings, threats to the crew, and killings in some cases, I think it takes on a whole different level.  The international attention paid to this is unfortunately not what it should be, and I think the only reason you can assign to that is the media have not focused on the fact that the majority of these crews are non-westerners.  Regrettably, I think the issue does not receive the attention that it should.  I can tell you that if it were 500 Americans who were continuously kidnapped, effectively tortured, I think the situation would be quite different.

JM: I think you just answered my next question which was, do you think there has been an adequate response to the rise, and I think that it’s a definitive no.

AG: Apparently from several independent sources, which I would classify as highly qualified, the understand is that the pirates are controlled by approximately a dozen or so people comfortably living in Europe.  They are starting to classify these pirates as terrorists now, which has given a whole new meaning to how the international community looks a these people, and reacts to them.

We were one of the first to put armed guards on our ships when many of the other carriers were hesitant to do that.  I think everyone is starting to come to the conclusion that you don’t have much choice.  Buying more risk insurance just isn’t getting it done.

JM: Lets hope there is an adequate response in the near future.

AG:  There isn’t going to be.  People aren’t aligned on this regrettably, and things are going to get uglier.  The experts in the field don’t believe this will go away.  The view is simply that defensive measures are more than inadequate.

JM: Thank you gentlemen, just one final question before we wrap this up.  In all the topics we’ve covered here, and considering all that is going on in the world, as a CEO, what is the one thing that keeps you up at night?

AG: I have to tell you, I’ve been doing the same thing in this industry for a really long time and I think that our industry and our business is particularly conditioned to change.  I believe it the fact our business in particular has positioned itself particularly well to deal with those changes.   Obviously we did not predict the big meltdown, etc.

I’m confident in our ability to deal with what’s taking place in our industry.  Point of fact, my view is that the current turmoil will benefit this company in particular because we are ready to find ways to take advantage of that change.  When the market is really flush,  it’s very difficult to do much better than the benchmark.  I think the opportunities come when there is a dislocation like this and finding ways to really leverage your strengths and we have the systems and the people to do that.

MD: And we have the balance sheet to do that as well.  We did not over-lever our balance sheet back in 2007-2008 when a lot of the competition was out there ordering ships and taking on a lot of debt.  We’re in a position now where we have a very strong balance sheet with cash and a limited amount of debt, and a good shareholder base that will help us take advantage of some opportunities that are going to be out there.  The banks are going to be looking for good operators that have the ability to pay, either to charter or keep ships employed.

AG: I guess what keeps me up at night is not being able to capitalize on opportunities.

JM: Thank you for your time.