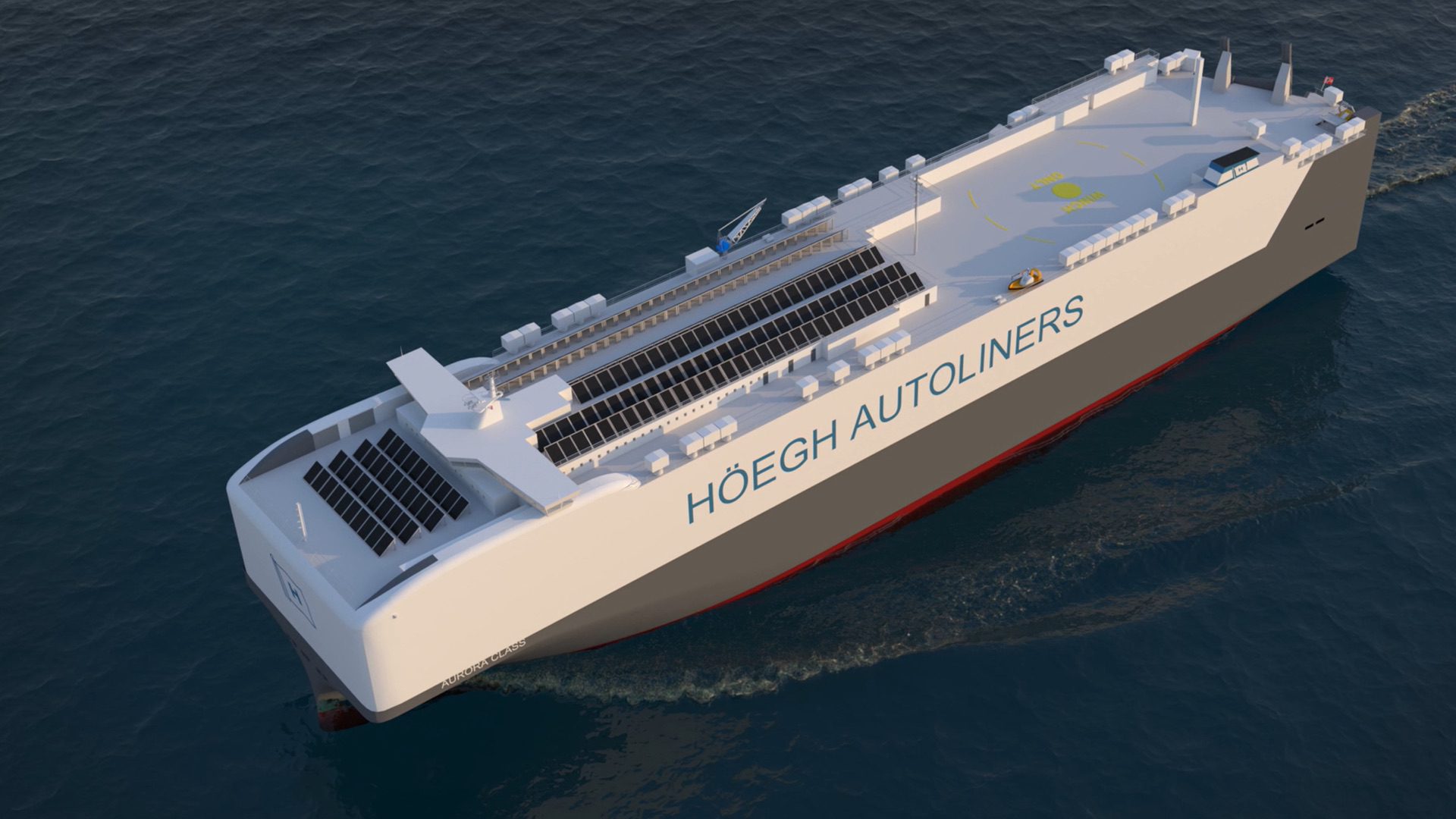 The company says it has entered into a Letter of Intent (LoI) calling of the construction of the vessels with deliveries planned in the second half of 2024. With capacity to carry 9,100 car-equivalent units, or CEU, the vessels will be largest car carriers ever built.

The Aurora-class ships will also have DNV’s new “ammonia ready” notation, making them the first in the pure car and truck carrier (PCTC) sector to receive the notation. The vessels will feature multi-fuel engines capable of operating on biofuel and conventional fuels, including LNG, with only minor needed for converted to zero carbon fuels such as Green Ammonia. Höegh Autoliners says the “climate neutral” fuel will help the company reach its net zero emissions by 2040 target.

“We are excited to have secured delivery of the first Aurora class vessel already by 2024,” says CEO Andreas Enger. “It will be the first Ammonia ready vessel in its segment and the largest car carrier ever built. The Aurora class will bring cargo efficiency to a new level and put us in the forefront of sustainable shipping.”

Höegh Autoliners launched the Aurora class in April and said it had signed a Memorandum of Understanding with its long-term partner Xiamen Shipbuilding Industry for the delivery of the first vessel in the end of 2023. It later said it was planning on investing in 12 of the vessels.

The Aurora class will be designed by Deltamarin, a China Merchants Group subsidiary.

Höegh Autoliners, headquartered in Oslo, Norway, operates a fleet of 40 roll-on/roll-off ships making 3,000 port calls annually. The company says since 2008, it has achieved a reduced carbon intensity of 37 percent across its fleet, putting it “significantly ahead” of the International Maritime Organization’s 2030 target of a 40 percent reduction.