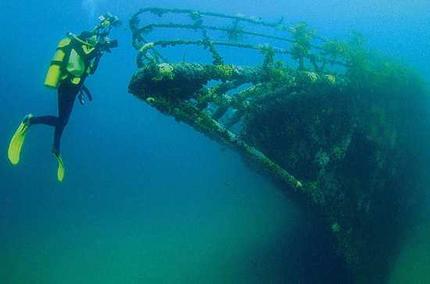 The fever is contagious. Gold fever, that is.

”Today’s the day,” legendary treasure hunter Mel Fisher would say as he set out to sea each summer in search of the ocean’s secrets. Before his death in 1998, he found more than $1 billion worth of treasure, including gold and silver bars, emeralds, coins and artifacts.

As salvage season begins — roughly from May to August when the seas are calmer — a select few carry on Fisher’s work up and down Florida’s coasts, hoping to hit the mother lode.

Similar salvage operations take place up and down the East Coast during the summer months, through the Carolinas, into Virginia and up through New England, where Revolutionary War-era shipwrecks have been discovered.

Florida is said to have more treasure-laden shipwrecks than any other state, largely because it’s near the Gulf Stream. Spanish fleets would load their vessels with treasure from South America and gather the galleons in Havana. The ships would then head north, using the Gulf Stream to propel them back toward Europe. Continue Reading…