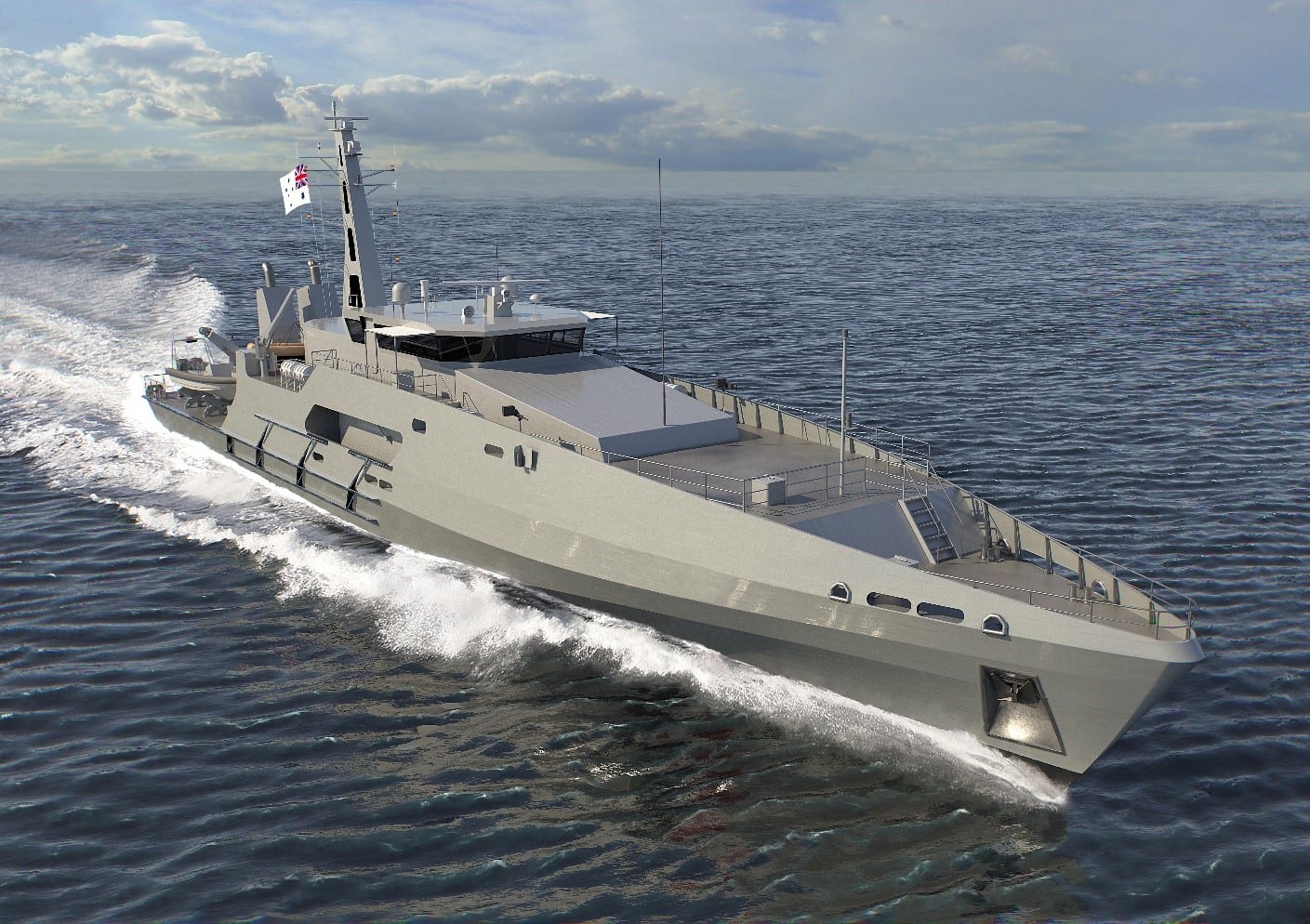 Press Release – Leading davit supplier Vestdavit has secured an agreement with Austal Australia to deliver twelve boat launch-and-recovery systems for the Royal Australian Navy (RAN). The marine davits will be installed on six new Cape-class patrol boats (CCPBs), under construction for the Navy at Austal’s Henderson shipyard in Western Australia.

Joining the combined RAN and Australian Border Force fleet of 10 CCPBs, the cutting-edge vessels will enhance Australia’s border protection capabilities, supporting a wide range of security missions at a critical time for the country. They will feature Vestdavit’s PLAR-6501 single-point telescopic davit, an upgrade on the PLAR-6500 deployed on the existing patrol boats and a higher-capacity cousin of the PLAR-4501 delivered to the Trinidad and Tobago Coast Guard earlier this year.

The PLAR-6501, like the 4501, has been designed according to new standard DNVGL-ST-0498 for safer and more efficient boat handling. In addition to minimising weight, the PLAR 6501’s aluminium structure protects against corrosion; a fatigue analysis carried out during the DNV GL certification process indicates an extended lifespan.

“The 6501 is the latest and highest-capacity PLAR model to conform to DNV GL standards, making it part of a new generation of A-frame davit,” explains Vestdavit Sales and Business Development Director Bjørnar Dahle. “It is light, compact and robust, offering unparalleled performance without affecting the stability and manoeuvrability of vessels. It is therefore the ideal boat-handling system for the varied and challenging operations of navies and coast guards.”

The new davit system – designed for the launch and recovery of man-overboard and fast-rescue craft – comes equipped with dynamic shock absorber and hydraulic boat-guiding arms to ensure the safety of crew above sea state 4.

For Vestdavit, this is the most recent in a series of agreements to supply international naval organisations. This year alone, the Bergen-based company has delivered its boat-handling systems to the United States Navy, the Royal Navy and the French Navy, as well as to the Trinidad and Tobago Coast Guard.

“2020 has been a particularly busy year for us in terms of our involvement with naval organisations,” says Dahle. “With governments investing heavily in border protection, Vestdavit’s technology, manufacturing quality and service support is persuading navies to opt for our premium-grade davits, but we also need to acknowledge Austal for its ongoing cooperation. Over the years, we have delivered more than 60 davits to Austal yards, and there is no doubt that this long-standing relationship has been a key factor in our continuing success in the naval segment.”

Join the 69,456 members that receive our newsletter.