The SEACOR Eagle is staged with gear near the SEACOR Power May 1, 2021 off Port Fourchon, Louisiana. The vessel is being used as platform to assist in salvage and pollution response operations. U.S. Coast Guard photo by Petty Officer 2nd Class Brendan Freeman

The bow of the sunken lift boat SEACOR Power has been raised and recovered in the Gulf of Mexico.

A salvage team from Donjon-SMIT raised the section to the surface on Saturday and transported it by barge to the Modern American Recycling Services, Inc. facility in Houma.

With the bow section removed, salvage work continues at the site where crews are conducting more acoustic surveys of the stern and accommodation sections. The updated surveys will be used to complete the rigging configuration to prepare the stern section for removal. Once that section is raised, work will continue for the preparation and removal of the accommodation.

The unified command is closely monitoring the weather and adjusting operations as needed to ensure the safety of salvage crews.

The SEACOR Power remains in the same location from when it sank, but the wreck has shifted slightly resulting in cracking and a separation of the hull from the superstructure. As a result, wreck is being raised to the surface and brought to shore in separate sections.

The Coast Guard safety zone extending one nautical mile around the site and the Federal Aviation Administration temporary flight restriction covering a five nautical mile radius around the wreckage site and 2,000-foot minimum altitude will remain in place until salvage operations are complete.

The incident is under investigation by the National Transportation Safety Board and the Coast Guard. 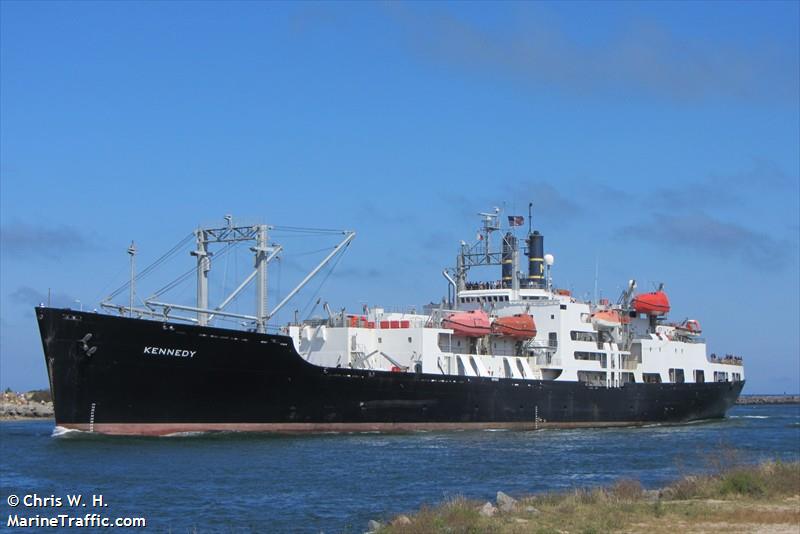