MOSCOW, Oct 15 (Reuters) – Russia said one of its military vessels chased away a U.S. naval destroyer that attempted to violate Russian territorial waters during Russian-Chinese naval drills in the Sea of Japan on Friday, something Washington said was false.

The U.S. military said the guided missile destroyer Chafee was conducting routine operations in international waters in the Sea of Japan when a Russian destroyer came within 65 yards (60 meters) of the American ship, though all interactions were safe and professional.

“The statement from the Russian Defense Ministry about the interaction between our two Navy ships is false,” the U.S. military statement said.

“At all times, USS Chafee conducted operations in accordance with international law and custom,” it added.

Earlier, the Russian defense ministry said the crew of a Russian anti-submarine vessel, the Admiral Tributs, had radioed a warning to the Chafee that it was “in an area closed to navigation due to exercises with artillery fire.”

The U.S. destroyer failed to change course and instead raised flags indicating it was preparing to launch a helicopter from its deck, meaning it could not turn or change speed, the Russian ministry said in a statement.

“Acting within the framework of the international rules of navigation, the Admiral Tributs set a course for ousting the intruder from Russian territorial waters,” it said.

The Chafee eventually changed course when the two vessels were less than 60 meters apart, it said. It said the incident lasted about 50 minutes and took place in Peter the Great Bay in the west of the Sea of Japan.

RIA news agency said the Russian defense ministry summoned the U.S. military attache, who was told of the “unprofessional actions” of the destroyer’s crew, which had “rudely violated international laws on the prevention of collisions of vessels at sea.”

It was the second time in four months Russia has said it chased a NATO-member warship from its waters. In June, Russia accused a British destroyer of breaching its territorial waters off Crimea in the Black Sea, and said it had forced it away. Britain rejected Moscow’s account of that incident, saying at the time its ship was operating lawfully in Ukrainian waters.

Earlier on Friday, Russia said it had held joint naval drills with China in the Sea of Japan and practiced how to operate together and destroy floating enemy mines with artillery fire.

Relations between Russia and the United States are at post-Cold War lows, although President Vladimir Putin said this week he had established a solid relationship with his U.S. counterpart Joe Biden and saw potential for ties to improve. (Reporting by Vladimir Soldatkin and Gabrielle Tétrault-Farber and Idrees Ali in Washington. Writing by Mark Trevelyan Editing by Catherine Evans, Peter Graff and Jonathan Oatis) 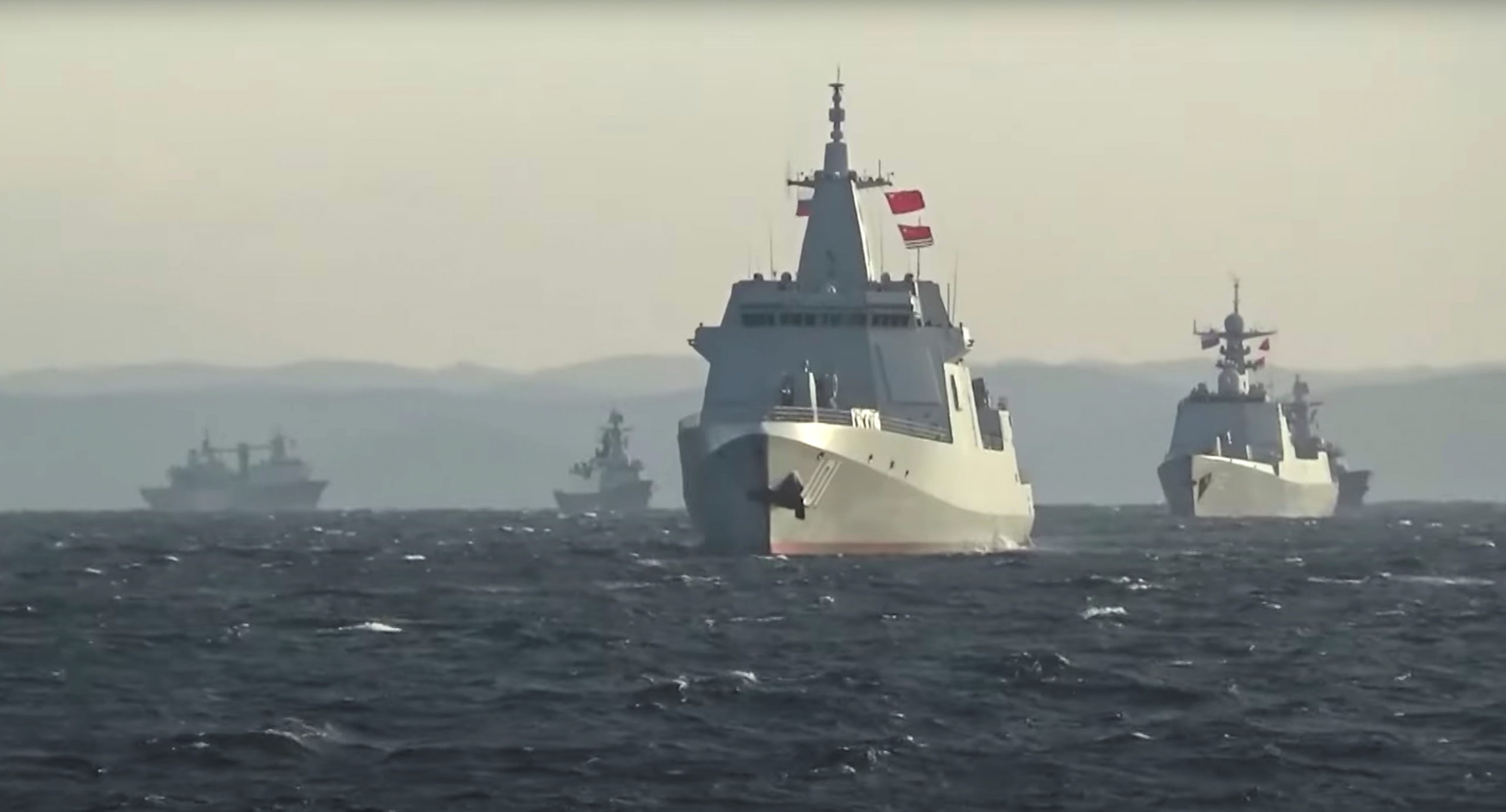