The Roger Blough was docked at the Fincantieri Bay Shipbuilding facility on Sturgeon Bay, Wisconsin when a fire started in the engine room on February 1, 2021. The cargo-unloading conveyor belts then ignited, causing extensive damage throughout the aft section of the vessel. The shipkeeper on board departed the vessel without injury. No pollution was reported.

The incident was extremely costly with damages to the Roger Blough exceeding $100 million.

NTSB investigators determined the fire originated at the burner for the diesel oil-fired furnace, which had been installed in the engine room to heat the space during the winter. The burner assembly was mounted onto the furnace’s air tube with an aluminum coupling. Investigators determined the coupling broke, allowing the burner to drop and fracture the fuel line supplying it.

When the fire erupted at night, the wireless monitoring and notification system, which was installed for winter layup, activated the alarm panel in the crew’s accommodation spaces and then notified the designated contacts. The shipkeeper was the only person on board but was not listed among the contacts. The shipkeeper was not awakened until 7 minutes later when the smoke detector inside his stateroom sounded as thick black smoke filled the room. According to the report, had the shipkeeper on board been listed among the designated contacts to receive system alerts, he likely would have been awakened earlier and may have had an opportunity to extinguish the fire before it spread through the vessel.

NTSB determined that the probable cause of the engine room fire was likely the repeated removal and reinstallation of the furnace’s burner that led to the failure of its mounting coupling, resulting in the operating burner dropping to the bottom of its enclosure and fracturing the fuel supply line, which allowed diesel fuel to ignite. Contributing to the fire was the absence of a fire-activated automatic fuel oil shutoff valve on the fuel oil inlet piping before the burner, which would have stopped the fuel feeding the fire shortly after it started and limited the spread of the fire.

As a result of the investigation, the NTSB issued one recommendation each to the U.S. Coast Guard, the American Bureau of Shipping, and Key Lakes Inc.

NTSB recommended that the U.S. Coast Guard require that furnace installations on vessels be inspected to comply with National Fire Protection Association recommendations and to develop standards requiring installation of other types of shutdown mechanisms or safety alarms. A similar recommendation was issued to the American Bureau of Shipping, which conducts oversight examinations for vessels like the Roger Blough. NTSB’s recommendation to the vessel owner, Key Lakes Inc. was to ensure that their designated contacts list includes each shipkeeper living and working on a vessel during layup.

“There are no regulations regarding winter layup procedures for commercial vessels operating in the Great Lakes,” the report said. “The lack of regulations or classification standards related to diesel oil-fired air heating furnace construction, installation, safety shutdowns, and system alarms poses a risk to life and property if the equipment is not installed and maintained to standards similar to those in place for other oil-fired equipment.”

The report added: “The National Fire Protection Association recommends that burner assemblies like the type installed on the Roger Blough have a fire-activated quick-closing valve on the inlet fuel oil piping next to the burner. When installed, this type of valve has a thermally activated mechanism that shuts the valve in the presence of fire to stop further flow of fuel to the burner. Had the burner assembly on the Roger Blough been fitted with a fire-activated quick-closing valve on its inlet fuel oil piping, the fuel feeding the furnace fire would have been stopped and thus the fire likely would not have spread so rapidly.”

The public docket for the investigation containing factual information, including interview transcripts, photographs and other investigative materials is here.

Join the 88,067 members that receive our newsletter. 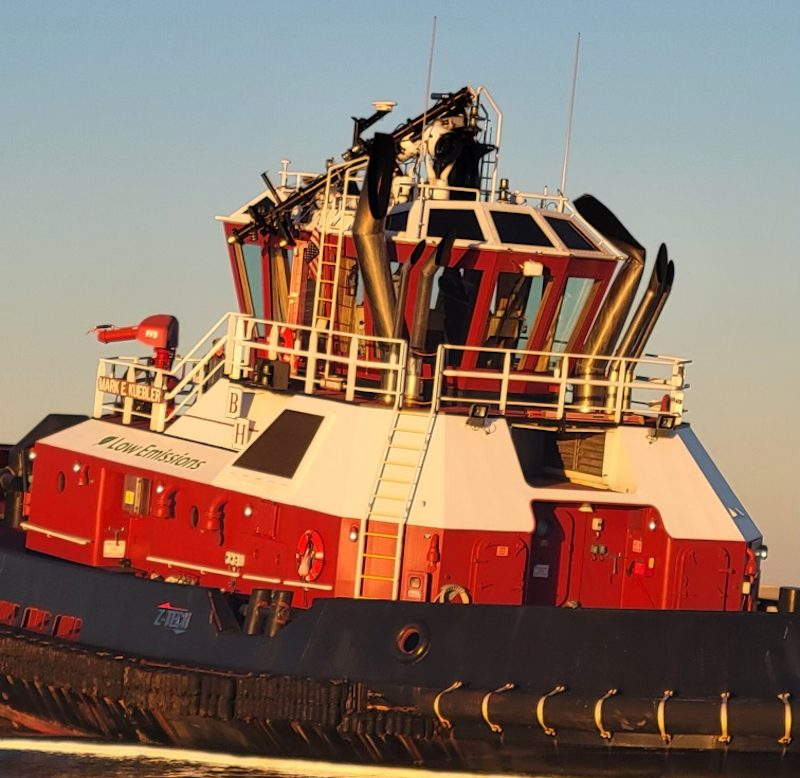 This website uses cookies to improve your experience while you navigate through the website. Out of these, the cookies that are categorized as necessary are stored on your browser as they are essential for the working of basic functionalities of the website. We also use third-party cookies that help us analyze and understand how you use this website. These cookies will be stored in your browser only with your consent. You also have the option to opt-out of these cookies. But opting out of some of these cookies may affect your browsing experience.
Necessary Always Enabled
Necessary cookies are absolutely essential for the website to function properly. This category only includes cookies that ensures basic functionalities and security features of the website. These cookies do not store any personal information.
Non-necessary
Any cookies that may not be particularly necessary for the website to function and is used specifically to collect user personal data via analytics, ads, other embedded contents are termed as non-necessary cookies. It is mandatory to procure user consent prior to running these cookies on your website.
SAVE & ACCEPT
{"Tags":["Accident Reports","great lakes","NTSB"],"Categories":["Accidents"],"Excerpt":"The U.S. National Transportation Safety Board issued three safety recommendations Thursday following an investigation into last year’s engine room fire aboard the Great Lakes bulk carrier Roger Blough during winter..."}