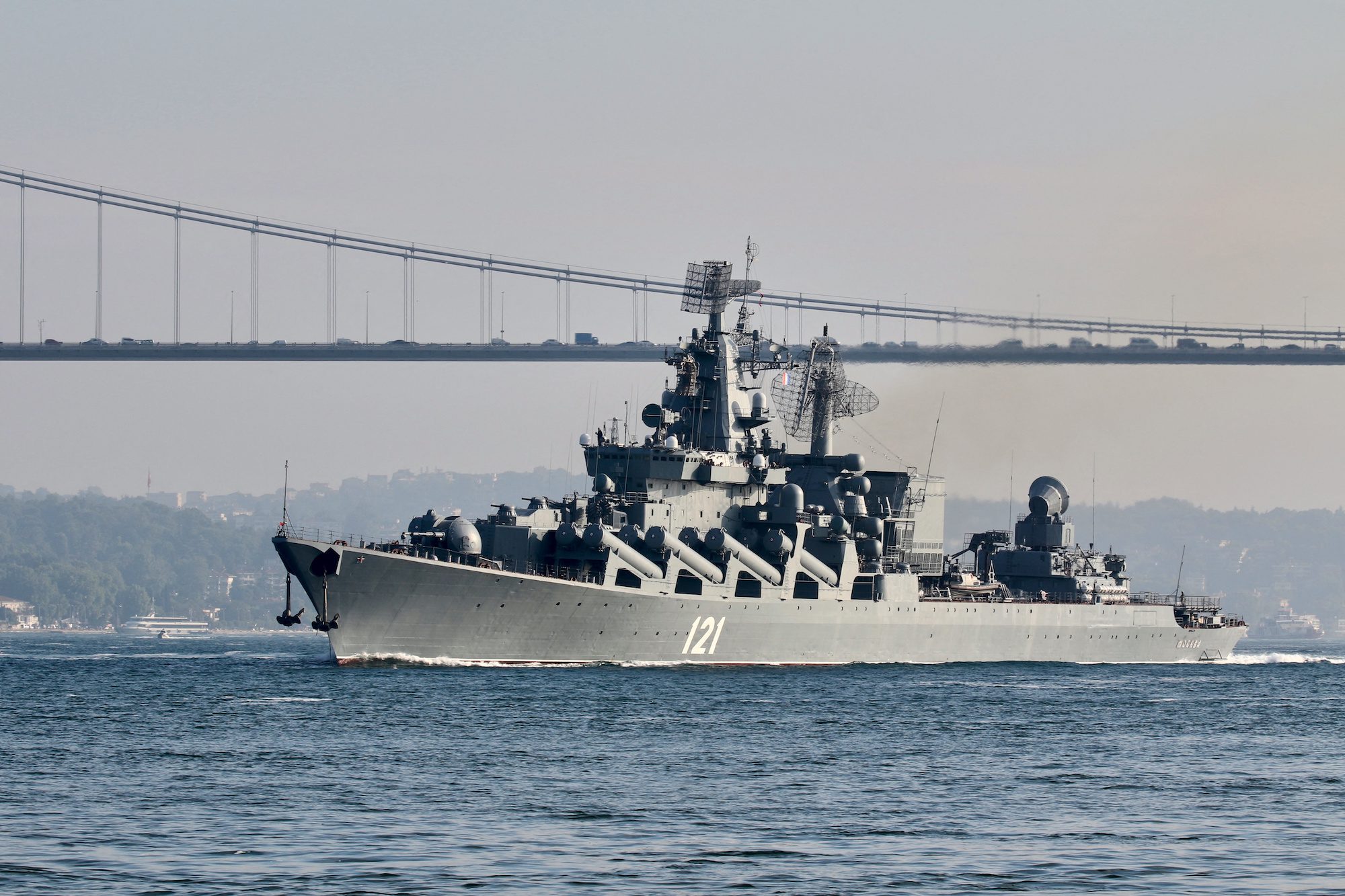 April 15 (Reuters) – Russia has confirmed the Moskva missile cruiser, the flagship of its Black Sea Fleet, has sunk while being towed to port following what it said was a fire and explosions involving ammunition stowed onboard.

Ukraine says the Moskva’s fate was sealed by a missile strike launched by its forces from the coast which ripped open the hulking Soviet-era ship’s hull. Russia’s defense ministry has not confirmed that version of events. Reuters is unable to verify either side’s assertions.

Here’s what we do know, and what the sinking means (and does not mean) for Russia’s battle-readiness:

WHAT CAPABILITIES DOES THE SINKING DEPRIVE RUSSIA OF?

Russia has powerful air defense systems deployed in Crimea, which it seized from Ukraine in 2014, but the Moskva was able to provide long-range and mobile air defense protection for the entire Black Sea Fleet and was a floating command and control center. Its loss potentially leaves the fleet more exposed, particularly on longer range missions west of Crimea.

WHAT HAPPENED TO THE CREW?

The ship had a crew of around 500 sailors who Russia said were successfully evacuated to other ships before being returned to their home port of Sevastopol in Crimea on Friday. Ukraine has suggested there are likely to have been fatalities, but Russia has not said anything on the subject yet.

WILL IT LOSS CHANGE THE COURSE OF THE UKRAINE CONFLICT?

Probably not, but Britain’s Ministry of Defence says its loss is likely to prompt Russia to review its naval posture in the Black Sea. While a huge blow to Russian military morale, the Russian navy has so far not played a big role in what Moscow calls its “special military operation” in Ukraine. Russia retains naval dominance in the immediate region and the Moskva was primarily equipped to destroy enemy vessels at sea but little is left of Ukraine’s navy.

WAS IT EARMARKED FOR A ROLE IN THE UNFOLDING CONFLICT?

Not clear, but some analysts say it may have helped support a possible Russian amphibious landing in the Ukrainian port of Odesa that has not happened yet because of resistance from Ukrainian forces. Its sinking may be seen in some quarters in Ukraine as reducing the chances of such an assault and allow Ukraine to redeploy some of its forces elsewhere.

No. Russia has two other ships of the same class, the Marshal Ustinov and the Varyag, which serve with Russia’s Northern and Pacific fleets respectively. Turkey, which controls access to the Black Sea via the Bosphorus, will not let them enter at a time of war.

WAS THE MOSKVA ARMED WITH UNIQUE WEAPONS?

No. It had anti-ship missiles and surface-to-air missiles, but was not equipped with Russia’s latest generation Kalibr cruise missiles or hypersonic missiles.

HOW MODERN A SHIP WAS IT?

Not very. Designed in the 1970s Soviet Union during the Cold War, it was conceived to destroy U.S. aircraft carriers and had been in service for nearly four decades. It underwent an extensive refit, and according to Britain’s Ministry of Defence, only returned to operational status in 2021. Despite that refit, some of its hardware remained outdated.

HOW BIG A BLOW TO RUSSIAN MILITARY PRIDE IS THE SINKING?

It’s a bitter loss for the Russian military as the ship, though aging, was a symbol of the Crimea-based Black Sea Fleet and of Russian military pride. If it was holed by Ukrainian anti-ship missiles, it would be the biggest Russian warship to be lost in action since 1941, when German dive bombers crippled the Soviet battleship Marat in Kronshtadt harbor. Western diplomats and experts expect senior officers in the Black Sea Fleet to lose their jobs over the sinking.

This website uses cookies to improve your experience while you navigate through the website. Out of these, the cookies that are categorized as necessary are stored on your browser as they are essential for the working of basic functionalities of the website. We also use third-party cookies that help us analyze and understand how you use this website. These cookies will be stored in your browser only with your consent. You also have the option to opt-out of these cookies. But opting out of some of these cookies may affect your browsing experience.
Necessary Always Enabled
Necessary cookies are absolutely essential for the website to function properly. This category only includes cookies that ensures basic functionalities and security features of the website. These cookies do not store any personal information.
Non-necessary
Any cookies that may not be particularly necessary for the website to function and is used specifically to collect user personal data via analytics, ads, other embedded contents are termed as non-necessary cookies. It is mandatory to procure user consent prior to running these cookies on your website.
SAVE & ACCEPT
{"Tags":["Moskva","Ukraine War"],"Categories":["Defense"],"Excerpt":"April 15 (Reuters)\u00a0–\u00a0Russia has confirmed the Moskva missile cruiser, the flagship of its Black Sea Fleet, has sunk while being towed to port following what it said was a fire..."}