By Jonathan Saul and Timothy Aeppel

LONDON/LOS ANGELES, April 8 (Reuters) – A backlog of container ships carrying consumer goods has grown in some key strategic ports after a near week-long blockage in the Suez Canal, adding to ongoing disruptions to global trade, industry sources say.

Dozens of container ships were stuck when the 400-metre-long (430-yard) Ever Given ran aground in the canal on March 23, with specialist rescue teams taking almost a week to free the vessel.

The suspension of sailings through the waterway left shipping companies – including container lines – with millions of dollars in extra costs, which were not covered by insurance.

“The blockage of the Suez Canal will increase the negative impact on global supply chains in the coming weeks, as the availability of empty equipment, particularly in Asia and Europe, will be affected,” Reiner Heiken, chief executive of U.S. headquartered Hellmann Worldwide Logistics, told Reuters.

Container shipping companies, carrying products ranging from mobile phones to designer goods, have been contending for months with disruptions caused by the coronavirus pandemic and a surge in demand for retail goods that led to wider logistical bottlenecks including in top consumer market the United States.

While some transporters of goods have turned to rail, that option has barely made a dent as about 90% of world trade is transported by sea.

European and U.S. retailers have warned about potential supply snags due to the impact from Suez.

Barbara Janssens, with the Port of Antwerp, said the port and terminal operators were “already preparing for what’s ahead”.

“The impact on global supply chains is expected to last for several months. There is simply not enough spare capacity across the worldwide container ship fleet to help counter the worst effects of the Suez incident,” Janssens said.

Leon Willems, with the port of Rotterdam, said it expected its container traffic to be around 10% higher than normal every day in the coming weeks.

“Both the port and container terminals are doing everything they can to minimise disruptions,” Willems said.

Maersk, the world’s number 1 container line, said in a customer note that vessels held up in Suez would be delayed for a number of days before they reached U.S. East Coast ports.

In an unusual step, the company urged the ports “to take this opportunity to clear cargo from terminals which will allow them to operate more efficiently”.

The East Coast Port of Newark did not immediately respond to a request for comment.

A source at the southern U.S. port of Savannah said they expected to clear a backlog of ships in the coming days.

While ports on the U.S. East Coast are more exposed to any disruptions in the Suez Canal, the surge in demand for retail goods has overwhelmed West Coast terminals in recent months.

Container ships face longer waiting and discharging times at West Coast ports than in many other ports around the world, analysis from logistics platform project44 showed.

Eugene Seroka, executive director of the Port of Los Angeles, said they were making progress whittling down the backlog, which could be cleared by the end of May or early June.

“But for at least the next couple of months, we expect a continuing surge on the volume that we’re seeing.” Cordero said.

German container line Hapag-Lloyd said the obstruction of the Suez Canal had a major effect on a number of their services.

“We are in the midst of trying to recover from that crisis,” Hapag Chief Executive Rolf Habben Jansen told a virtual news conference on Thursday.

“We are working hard to try and get back to normalcy towards the beginning of the third quarter.”

Analysts Sea-Intelligence expected a ripple effect in the coming weeks between Asia and Europe and disruption of container trade.

Hong Kong’s Transport and Housing Bureau said the government was monitoring the situation although the disruption had not had a significant impact on shipping operations between Europe and Hong Kong.

Transporters elsewhere have been turning to a rail links between China and Europe to get critical supplies through, although users stressed volumes were still small.

Journey times via the rail routes, which run from China through Kazakhstan or Mongolia to Russia and then on to freight centres across Europe, typically take between 16-18 days compared with four weeks by sea and just under a week by air.

Danish freight forwarder DSV, Dutch freight management company GVT and Maersk all said they were seeing a surge in interest for rail freight between Europe and Asia.

“Land transport between Asia and Europe will always be able to cover only a small share of the total transport volume,” Hellmann’s Heiken said. (Additional reporting by Nikolaj Skydsgaard in Copenhagen, Bart Meijer in Amsterdam and Donny Kwok in Hong Kong; Editing by Veronica Brown and David Evans)

Join the 71,256 members that receive our newsletter.

The Federal Maritime Commission has been presented with a set of interim recommendations from its fact finding investigation into challenges facing the ocean transportation supply chain brought on by the...

Port of Houston Container Terminals Shut Due to ‘Hardware Failure’ 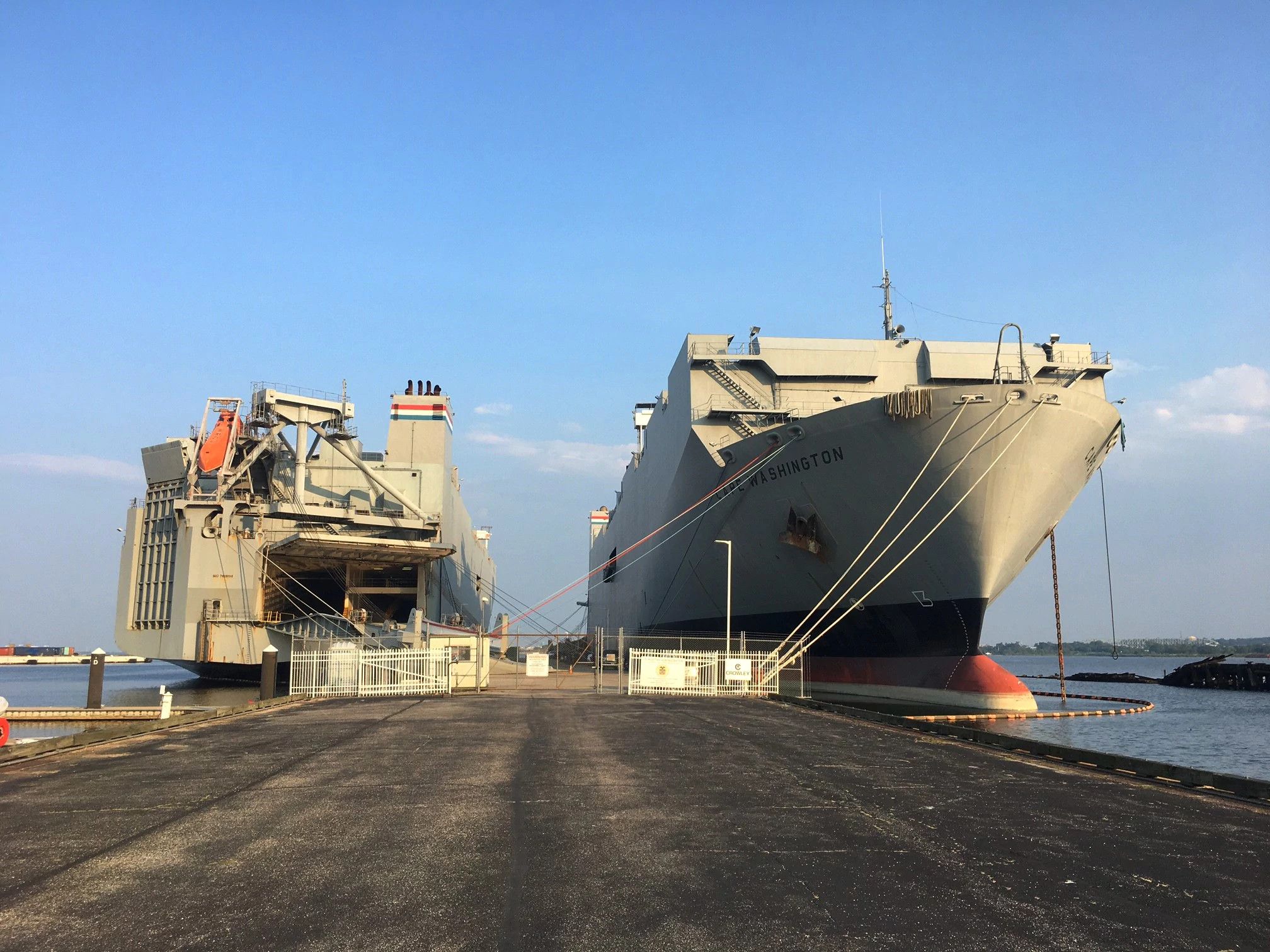