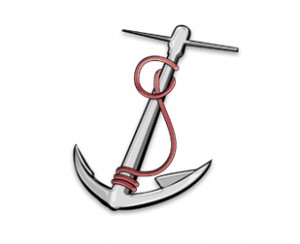 Over the past three days I’ve heard a lot of back and forth about the captain of the Costa Concordia and his actions during the evacuation of his ship after it was essentially “beached” on the rocky ledges off Giglio.  There have been hundreds of reports of complete confusion by the guest and crew alike, and at the same time, reports of leadership and brave efforts.  Very few people, if any however, acknowledge that the captain had taken charge of the evacuation of the ship.  By almost every account, it seemed to have been a mad scramble to the lifeboats, with staff taking charge as best they could, at the individual lifeboat stations.

The ship was valued at nearly a half billion dollars, not including the value of all the personal effects of the guests and the vault of cash that is likely somewhere in the ship’s casino.

As the ship laid over on her starboard side and began to sink to the bottom of the harbor, she eventually came to rest in a relatively stable position.  The immediate danger of the ship disappearing completely into the Mediterranean was, for the most part, over, but the need to fully evacuate the ship of passengers was just getting started.

For the most senior officer on board, the one who had been entrusted with the care and safety of this magnificent ship, his job was far from over.  In fact the Captain had just added a new job title to his resume, that of ON SCENE COMMANDER.  But apparently he didn’t realize it because he took off in a lifeboat, leaving this giant steaming pile to be picked up by the Italian police and Coast Guard who are continuing to search for survivors, and prevent looters from gaining access.

The Captain didn’t just take off in a lifeboat, he left the entire scene completely.

This wasn’t simply an accident.  This was negligence.

The Costa Concordia didn’t hit rocks.  At 9:30 PM on Friday night, the ship hit the bloody ISLAND as they were literally showboating around in the darkness.  It just so happens the ship’s bilge picked up a big chunk of the island in the process.

On a state-of-the-art, and fully automated cruise ship like this one, you can’t get right up close to an island without shutting off a half dozen alarm systems that tell you that you are entering shallow water.   These alarms would not be disregarded by the ship’s officers, the decision to bypass these safety alarms while in close proximity to land would certainly have been made by the Captain.

Reports indicate that after plodding along for a full hour, with the sea gushing into open holes in the ship’s hull, the captain finally acknowledged that he, and his ship, were totally screwed.  He then turned the ship around, sent his first MAYDAY call, and ran it aground.  Unfortunately however, because of the delay of the MAYDAY call, by the time rescuers arrived, the ship was heeling so drastically that only one side of the ship could be used to offload guests effectively.

It’s a tragic situation, and equally as unbelievable to think that a ship’s captain would have put his own ship in such a precarious position.  It truly calls into question whether or not he had the requisite shiphandling experience to understand the actual risks involved in taking a ship that close to shore.

In a public statement he made over the weekend, he mentions that he was at least 150 meters from shoal water, and about 300 meters from land.  Putting those numbers into context, he had knowingly put his ship within half a ship-length of shoal water, in the dark, and without a pilot on board.  Anyone who’s ever driven a ship understands how foolish that is.

Join the 67,698 members that receive our newsletter.