This incredible image sequence was captured by Ron Wheeler this morning on board the Mykonos, a new drillship owned by OceanRig.  Doesn’t get much closer than this… 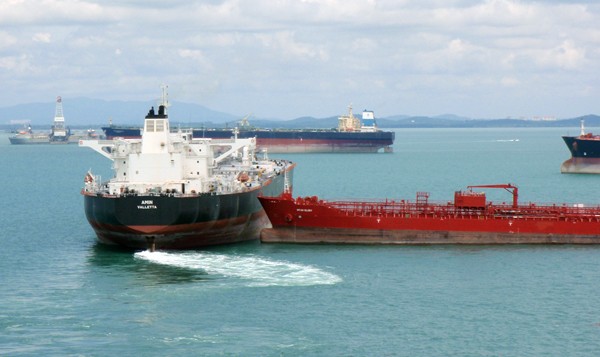 And on that note, here’s the latest from the Maritime and Port Authority of Singapore:

SINGAPORE (Dow Jones)–The number of oil, gas and chemical tankers passing through the port of Singapore in October rose 5.8% from the previous month, while overall tonnage was 3.2% higher, according to preliminary data from the Maritime and Port Authority of Singapore seen by Dow Jones Newswires Monday.

The port handled a total of 1,874 tankers with a combined gross tonnage of 54.40 million tons last month, up from 1,772 vessels 52.70 million tons in September, according to figures on the MPA’s website.

Of the tankers handled by the port last month, 1,307 were oil tankers, up from 1,238 in September, according to the figures.