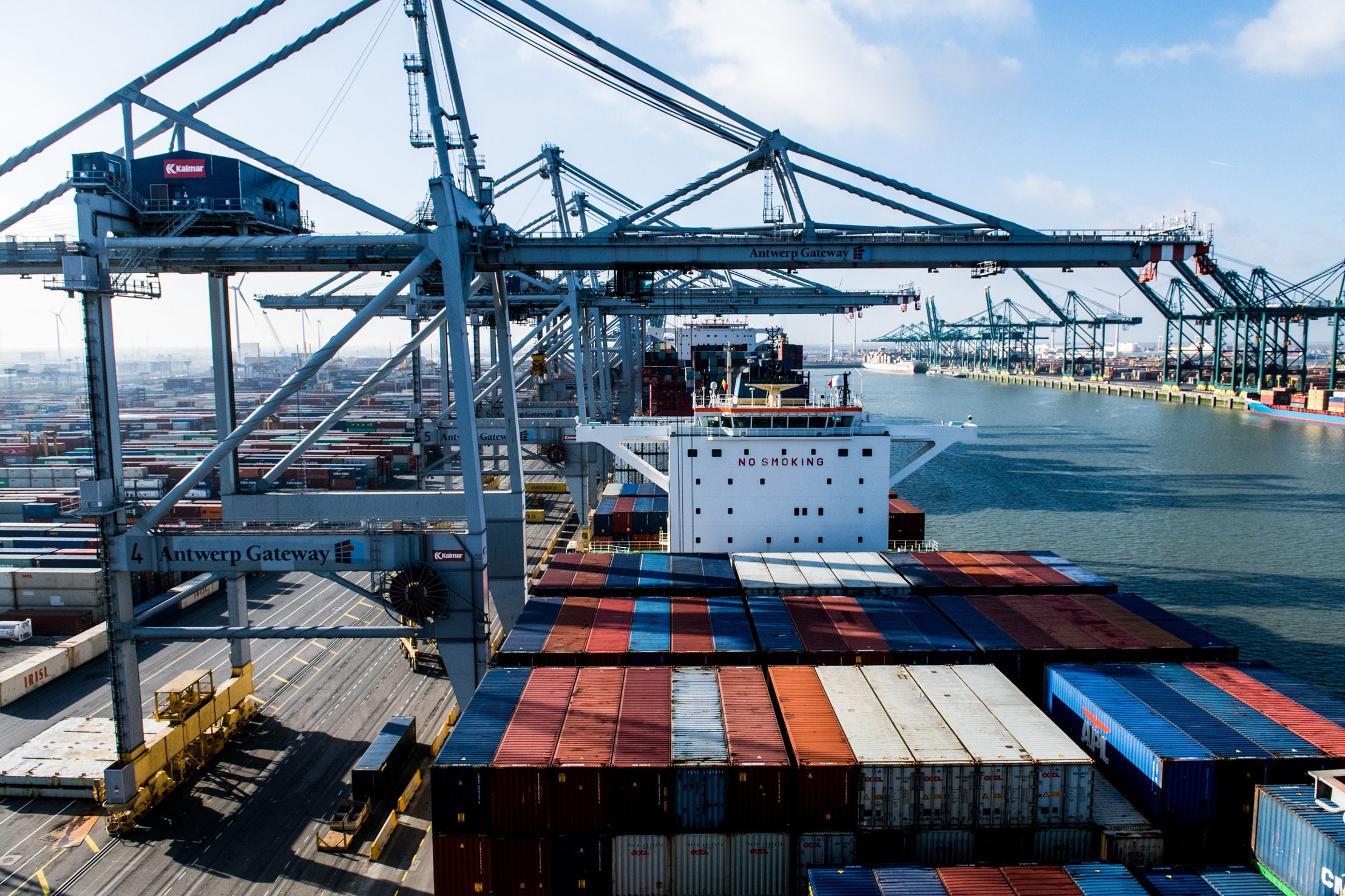 More specifically, speakers offered plans designed to reduce the carbon contributions of port terminals, usually a port’s primary tenant, refinery/bunkering operations often housed within a port, and ships calling at the port that rely on services provided by these port-centered businesses.

Discussion took place during a virtual five-day conference hosted by the Port of Antwerp.

Speakers stressed the urgency required for the port sector to meet the maritime industry’s aspirational goal to reduce carbon emissions by 50 percent by 2030, from 2005 levels, and become carbon-free by 2050, in order to stay in lockstep with terms of the Paris climate agreement.

Separately, the International Maritime Organization, which regulates ships’ afloat operations, is working to set short-term emissions regulations for vessels that call at ports.

“The direction is clear. How to get there is not clear,” Daniel Yergen, IHS Markit vice chairman and a leading oil industry expert, told conference participants.

“In the middle sits ports and the shipping industry,” said Christine Figueres, an architect of the 2015 Paris Climate Agreement. She served as executive secretary of the United Nations Framework on Climate Change that drafted the Paris agreement.

Despite the maritime sector being a modest carbon emitter, the public holds the industry fully accountable for its contribution, speakers said. In fact, “the shipping industry (which accounts for 2 percent to 3 percent of global CO2 emissions) is lagging behind (in remediation efforts),” according to Figueres.

“It’s all about collaboration,” said Julian Walker, CEO of the Associated British Ports. It owns or operates 21 ports in the United Kingdom.

However, successful collaboration is difficult given the myriad of roles that ports play when serving as crucial nodes— and sometimes energy hubs— in the worldwide supply chain, while engaging multiple stakeholders.

Consider the Port of Antwerp’s strategic position. It is Europe’s second-largest container port, by volume; houses the continent’s largest petrochemical production cluster, second worldwide only to Houston; and is the world’s fifth-largest bunkering port.

To address that problem, many ports, including the Port of Montreal, are replacing diesel-powered cargo handling equipment with electric and battery-powered units.

Still others, such as the Port of New York and New Jersey, offer financial incentives and/or low-cost financing to independent drayage drivers, who call at the port, to replace their old trucks with greener, more fuel-efficient ones.

However, because many vessels receive carbon-laden marine fuel from port-based bunker barges discharging fuel to ships sitting at a marine terminal berth or refineries located nearby, ports should engage bunkering operators and their refinery suppliers, as well as the carriers, in remediation efforts, speakers said.

“This is a system that is widely used and widely respected,” said Eric van der Schans, director, Environmental Management and chairman of IAPH’s ESI working group.

Additionally, some ports such as Antwerp and Rotterdam are undertaking pilot projects with fuel terminal tenants/or refineries to determine the feasibility of producing, storing, and delivering a number of alternative green marine fuels, including ammonia, hydrogen, and liquid natural gas.

Separately, the Port of Antwerp is studying the feasibility of capturing, storing, and finding alternative uses for locally-generated carbon.

Inbound container carriers calling to the port deploy the software to better time arrival at a soon-to-be-available berth.

Ship crews use the software to determine, in real-time, berth availability, allowing them to adjust cruising speed accordingly.

Join the 75,803 members that receive our newsletter.