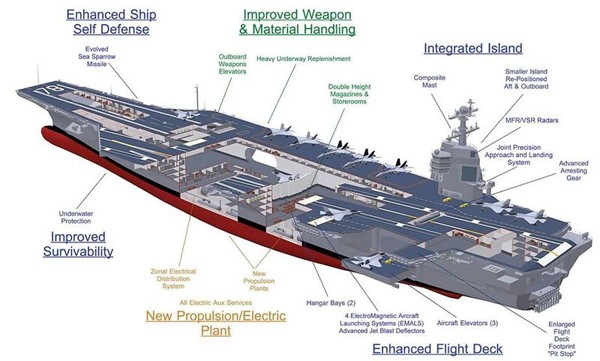 The selection John F. Kennedy, designated CVN 79, honors the 35th President of the United States and pays tribute to his service in the Navy, in the government, and to the nation.

“President John F. Kennedy exemplified the meaning of service, not just to country, but service to all humanity,” said Mabus. “I am honored to have the opportunity to name the next aircraft carrier after this great Sailor and inspirational leader, and to keep the rich tradition and history of USS John F. Kennedy sailing in the U.S. Fleet.”

During World War II, Kennedy took command of PT 109 at Tulagi Island in the Solomons, with a mission to intercept Japanese ships attempting to resupply their barges in New Georgia. In the early morning hours of Aug. 2, 1943, Kennedy’s ship was inadvertently struck by an enemy ship and split in half. During the course of the next six days, Kennedy led his crew members to safety and an eventual rescue. Kennedy received the Navy and Marine Corps Medal for the rescue of his crew and a Purple Heart for injuries he sustained when his ship was struck.

After his military service, Kennedy became a congressman representing the Boston area, he was elected to the Senate in 1953, and in 1961 became the youngest person to be elected president.

One previous ship, USS John F. Kennedy, CV 67, was named in his honor and was decommissioned in 2007, after nearly 40 years of distinguished service, including Operation Desert Storm.

The USS John F. Kennedy and other Ford-class carriers will be the premier forward asset for crisis response and humanitarian relief, and early decisive striking power in a major combat operation. The aircraft carrier and the carrier strike group will provide forward presence, rapid response, endurance on station, and multi-mission capability throughout its 50-year service life.

The USS John F. Kennedy will provide improved warfighting capability, quality of life improvements for Sailors and reduced acquisition and life cycle costs. The ship will be constructed at Newport News Shipbuilding, Va., a division of Huntington Ingalls Industries.

Additional information about aircraft carriers is available online at http://www.navy.mil/navydata/fact_display.asp?cid=4200&tid=200&ct=4.