Upon departure from the port of a Giglio, an island off the northwestern coast of Italy, the cruise ship Costa Concordia struck a reef, tearing a 50 meter-long gash in her hull.  Reports indicate the ship’s captain, Commander Paolillo, attempted to steer the ship toward shallower waters to enable an easier lifeboat evacuation.  A reported 3,200 passengers and 1,000 crew were onboard when she grounded.

Here’s the ship’s track via MarineTraffic.com: The following photos have appeared on several sites without attribution and are unverified as of Monday morning. 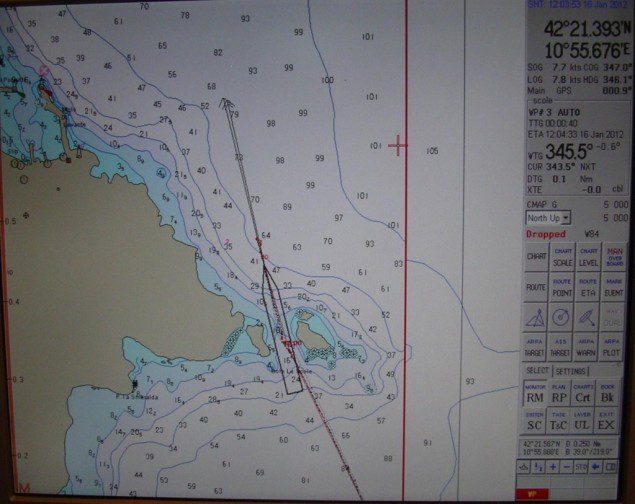 The following is aerial footage of the partially submerged cruise ship, and the rescue operations early this morning, courtesy of Russia Today:

The initial report via Sky News:

It seems Costa Cruises website is down most likely due to heavy traffic but the company has made the following statements regarding the incident via their twitter, @costacruises

@costacruises: Costa Cruises confirms the evacuation of about 3,200 passengers and 1,000 crew members on board of the Costa Concordia off Italian coast.

Join the 74,663 members that receive our newsletter.