Multiple news sites are reporting that the Panamanian-flagged containership has sunk in the Red Sea nearly a week after a fire broke out in a cargo hold.

The fire on board the TSS Pearl was first reported by the Saudi Press Agency last Friday, October 7, as the ship was located approximately 123 nautical miles northwest of the Port of Jizan.

All 25 crew members abandoned ship and were picked up by other vessels in the area.

Japan’s NYK Line reports that its pure car and truck carrier Orion Leader had rescued eight sailors just after midnight local time on the morning of October 6 after receiving a distress call concerning a container ship on fire. Orion Leader transferred the sailors to the bulk carrier St. Dimitrios, which was also participating in the rescue. NYK shared the below image of the vessel:

The Instagram page @salvage_and_wreck posted the below video early in the week:

The Equasis database shows the TSS Pearl is owned by Rafidain Shipping and managed by Tehama Shipping Services, both of which are located in Dubai.

The incident adds to the ever-growing list of containership fires that the sector continues to try to combat. In many cases, mis-declared cargo is to blame.

At Least 15 Million Barrels Caught Up in Turkish Tanker Impasse

By Firat Kozok, Selcan Hacaoglu and Sherry Su (Bloomberg) — Turkey dug in on an insistence that oil tankers navigating its waters must prove they’re insured to do so, leaving a... 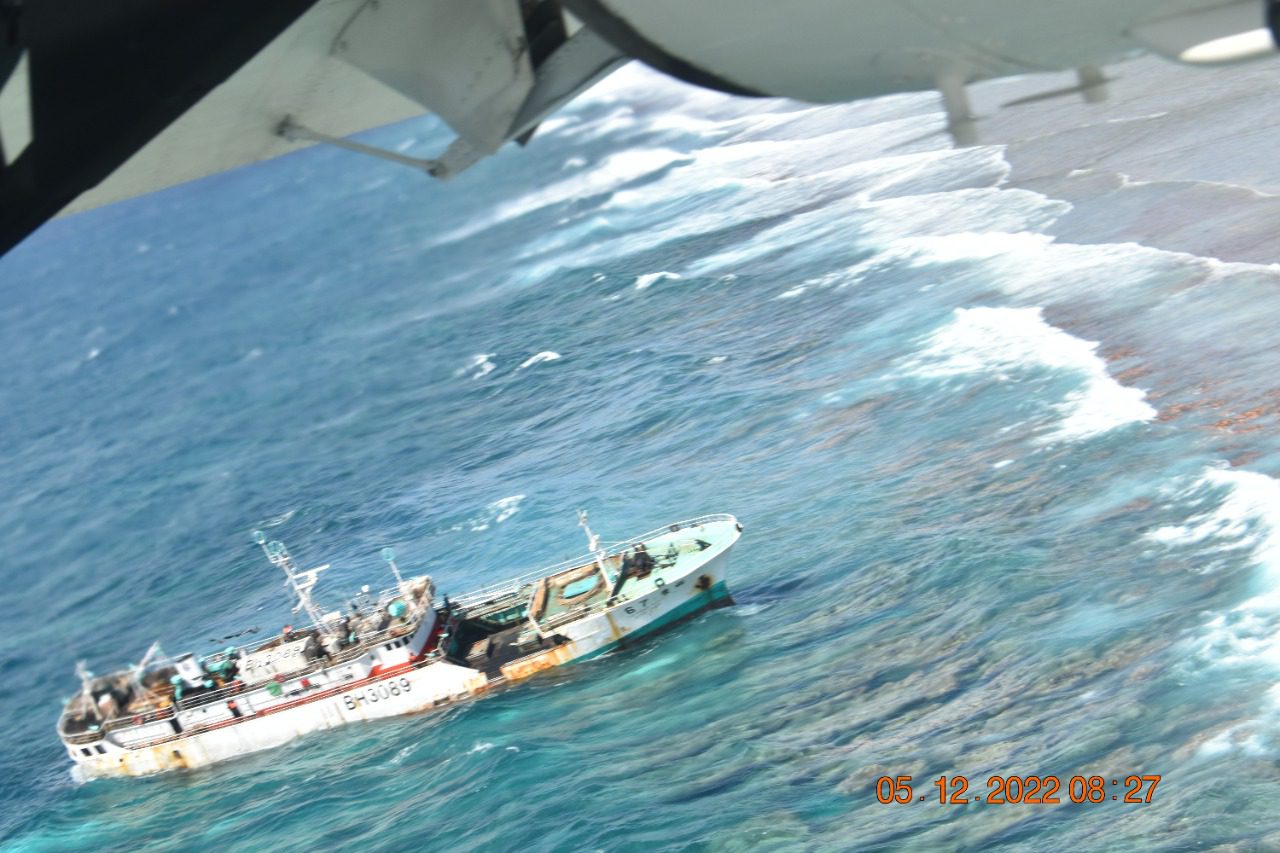 By Vel Moonien (gCaptain) – MAURITIUS – Taiwanese trawler has run aground in Saint-Brandon in the Indian Ocean with diesel and fuel oil on board. A crisis committee was set...

This website uses cookies to improve your experience while you navigate through the website. Out of these, the cookies that are categorized as necessary are stored on your browser as they are essential for the working of basic functionalities of the website. We also use third-party cookies that help us analyze and understand how you use this website. These cookies will be stored in your browser only with your consent. You also have the option to opt-out of these cookies. But opting out of some of these cookies may affect your browsing experience.
Necessary Always Enabled
Necessary cookies are absolutely essential for the website to function properly. This category only includes cookies that ensures basic functionalities and security features of the website. These cookies do not store any personal information.
Non-necessary
Any cookies that may not be particularly necessary for the website to function and is used specifically to collect user personal data via analytics, ads, other embedded contents are termed as non-necessary cookies. It is mandatory to procure user consent prior to running these cookies on your website.
SAVE & ACCEPT
{"Tags":["containership fires","fire incident","tss pearl sinking"],"Categories":["Accidents","Shipping"],"Excerpt":"Multiple news sites are reporting that the Panamanian-flagged containership has sunk in the Red Sea nearly a week after a fire broke out in a cargo hold. The fire on..."}