Work to remove a grounded cargo ship from a reef in the waters in the Galápagos Islands commenced Monday almost 2 weeks after the vessel ran aground, sparking fears of an environmental catastrophe in the fragile ecosystem. Salvage crews have moved forward with the installation of 2 additional sponsons to the formerly submerged side of the Costa Concordia shipwreck, but may have hit a slight snag when the first sponson installed was knocked out of position. Salvage crews have installed the first piece of new hardware on the Costa Concordia since the end of the winter season in Giglio, another giant watertight steel box that will eventually be used to refloat the shipwreck. 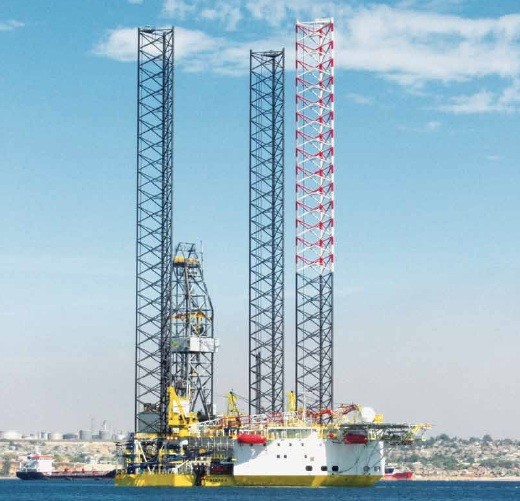 Officials in Italy have met with the public to discuss ongoing plans for the removal of the Costa Concordia wreckage, including providing an updated timeline for when the hulk will be refloated for the first time in more than two years. The German owner of the MV Danio has been ordered to pay $120,000 over the ship's grounding last year off the U.K.'s Northumberland coast, a relatively small amount compared to what could have been a potentially disastrous situation. On February 5, the 100-meter MV LUNO bulk carrier broke up in dramatic fashion after it became pinned against a breakwater off the southwestern coast of France in strong winds. It's been more than two years since the MV Rena's superstructure has seen the light of day since slipping below surface at New Zealand's Astrolabe Reef in January 2012, 3 months after the containership ran aground on the clearly marked reef. The U.S. Navy is partnering with federal and local agencies in Guam in response to potential environmental impacts following the grounding of Japanese fishing vessel in outer Apra Harbor on Wednesday. Costa Concordia To Be Refloated In June

Thirty massive tanks filled with air will lift the hulk of the Costa Concordia off the seabed in June so it can be towed away from the Italian island of Giglio where it capsized two years ago, officials said on Friday. The Costa Concordia shipwreck remains upright and stable on underwater platforms as crews wrap up winter preparations, according to an update from the project's official website, but details about how the vessel will be removed from Giglio remain unclear. With temperatures dropping and a fresh blanket of snow, the Stephen L. Colby sits partially submerged in the Mississippi River near LeClaire, Iowa. A Unified Command set up in response to the Stephen L. Colby towboat sinking and oil spill on the Mississippi River has shifted its operations from lightering to salvage of the half-sunk vessel. The stricken MV Siderfly has been removed from Germany's Kiel Canal after more than a week after a collision left the vessel grounded and heavily listing along the canal embankment. The Kiel Canal in Germany partially reopened Thursday after a three-day closure caused by a ship collision which left a 100-meter cargo ship on the verge of sinking into the... Owners of the Costa Concordia have contracted the world's largest semi-submersible heavy lift ship to lift the now-upright shipwreck and carry it, not tow it, to a location where it will be scrapped.